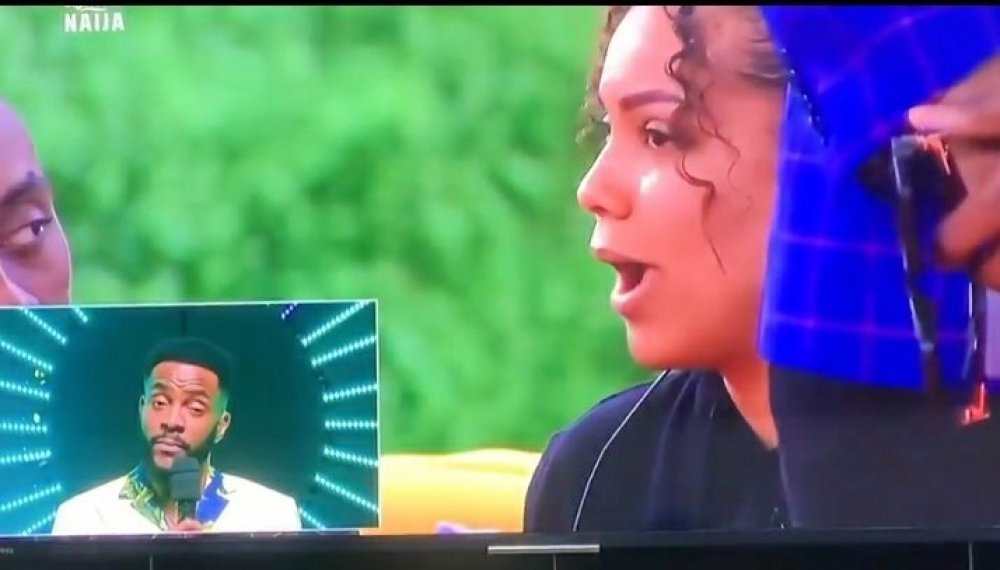 The roommates of Big Brother Naija Season 6 Shine Ya Eye were utterly surprised after the fake eviction night planned by Maria and Biggie was executed.

Biggie, the show’s invisible coordinator, had planned with Maria, who happens to be the head of the house, over the course of the week to accommodate some roommates for possible eviction.

See also  (Full Video): Main Chick Flogged By Boyfriend and Alleged Side Chick After She & Her Friends Attacked The Side Chick Watch Full Video)

Biggie only revealed to Maria that no roommate was going to leave the show, but that it was just a prank for Maria to perform. He promised to reward her if the plan was carried out properly.

Meanwhile, all housemates believed that at least two of the nominated housemates would leave the show on Sunday night, the eviction night.

Finally, a few hours before eviction, Maria was forced to nominate 6 housemates for possible eviction.

These 6 nominated housemates were clearly unsettled during the live eviction show until Ebuka Obi-Uchendu, the show’s host, revealed that all of the eviction processes were just pranks on Biggie.

The housemates are finally relieved of the eviction tension as Maria awaits her reward for a well-executed fake eviction process as promised by Piggy.

See also  I Want My 30’s To Be Peaceful As Heaven – BBNaija Star, Maria

The reality TV show is entering its 5th week since July 24.

The show is made more interesting by the jokes and a series of task challenges given to the housemates by various sponsors.