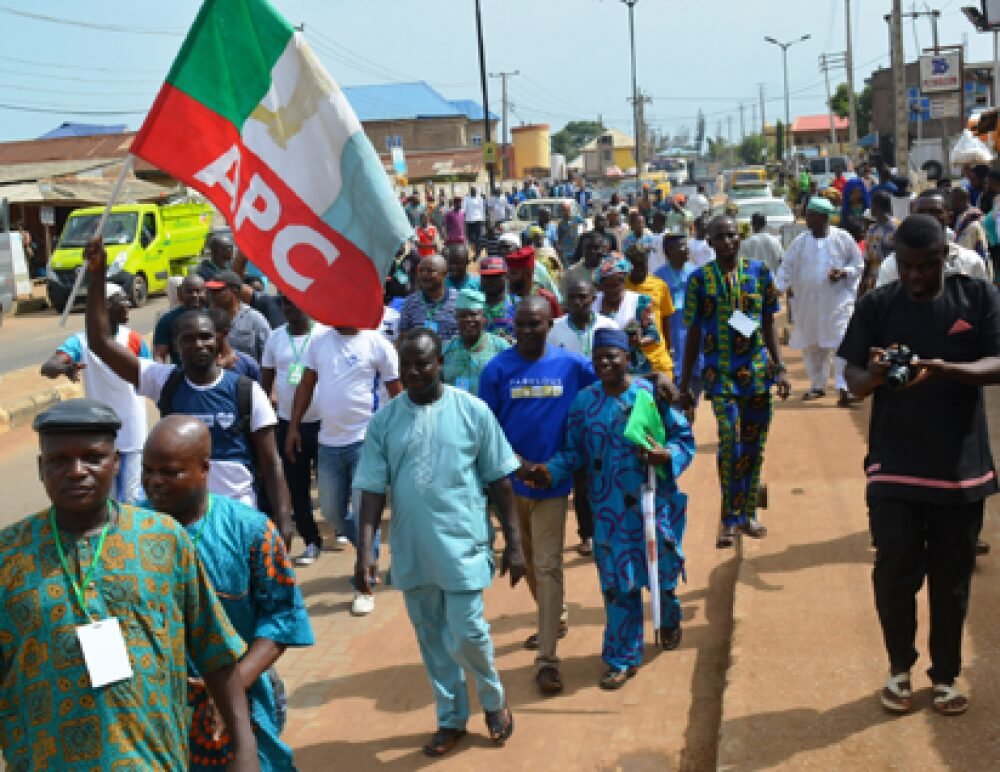 Hillary Amodu, the chairman of the Oyo State All Progressives Congress (APC) Local Governments Congress Committee, has described the party congress in the state as peaceful and credible.

Amodu spoke at the party secretariat in Ibadan on Saturday evening, addressing a press conference on the outcome of the congress.

The congress was held in all 33 local government areas of the state on Saturday and Amodu expressed satisfaction with the turnout of the members and their peaceful conduct during the congress.

“I have visited the 11 local government areas in Ibadan and other members have gone to other congregations outside Ibadan. What I saw was a good turnout and a peaceful convention. I’m impressed.

“All stakeholders know that in every local government there is an agreed and approved venue for the Congress.

“So if you take Congress outside the approved location, anything you do is null and void,” the chairman said.

Amodu praised the APC leadership and its members for their commitment to building a formidable party by 2023.

He also praised the security services for the smooth running of the Congress in all local government areas.

“I have to praise the party for the job well done. I would also like to commend the security forces who assisted us in making sure that the Congress went well.

“What we have seen is a peaceful solution. Oyo APC had a bitter experience in the last governorship election, and I’m sure they want to right the wrong.

“What you have seen today is tranquility and synergy. They come together. Congress has shown that they are really ready to grapple with power,” he said.