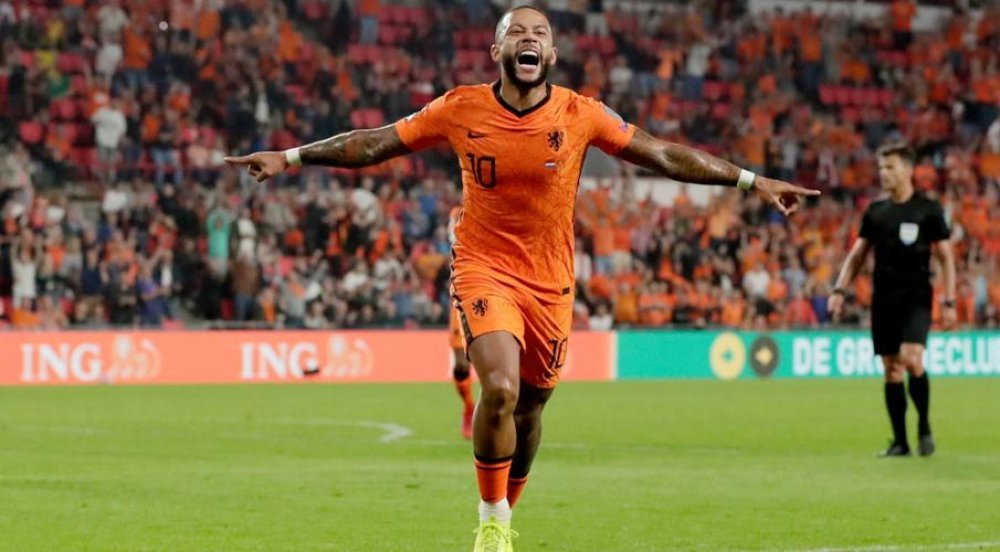 Barcelona striker Memphis Depay scored a brace to lead the Netherlands to a first win under coach Louis van Gaal with an emphatic 4-0 win over Montenegro in their Group G World Cup qualifier in Eindhoven on Saturday.

Depay shot a penalty in the first half and added a second goal after the break to bring his recent tally to nine in as many appearances for the Dutch, who also scored via Georginio Wijnaldum and a first international strike for Cody Gakpo.

Halfway through qualifying, they are second in Group G with 10 points from five matches, one point behind leaders Turkey and the same number as number three Norway. Only the top team automatically qualifies for the final in Qatar next year.

The Netherlands will host Turkey in Amsterdam in a potentially important game on Tuesday, while Norway is at home against whitefish Gibraltar.

It took nearly 20 minutes for the first attempt on goal as Depay jabbed the palms of Montenegro goalkeeper Matija Sarkic from the edge of the box before Davy Klaassen was denied his second goal in as many games as his superb header fell back from the crossbar.

Depay’s smart move in the penalty area 10 minutes before half time caused a foul from Dusan Lagator and the Dutch forward stepped up and converted a thunderous spot-kick into the top corner for a 1-0 lead at halftime.

A sloppy play by the home side gave Montenegro a rare opening early in the second half, but Milutin Osmajic’s shot was tame and easy for Dutch goalkeeper Justin Bijlow.

An even better chance followed when debutant left-back Tyrell Malacia endangered his side with a terrible back pass that allowed Montenegro striker Stefan Mugosa to reach the goal, but his shot was high and wide with only the keeper to beat.

Those were warnings for the home side, but Depay settled the game with his second just after the hour and shot the ball into the net at the nearest post.

Mugosa again missed an excellent opportunity from an equally poor backpass, this time Stefan de Vrij was the culprit, before Wijnaldum was brilliantly used by Steven Berghuis for the home side’s third goal.

Their fourth was a special moment for striker Gakpo, who curled an excellent shot from the edge of the penalty area into the net for his first international goal in a stadium where he grew up watching home side PSV Eindhoven