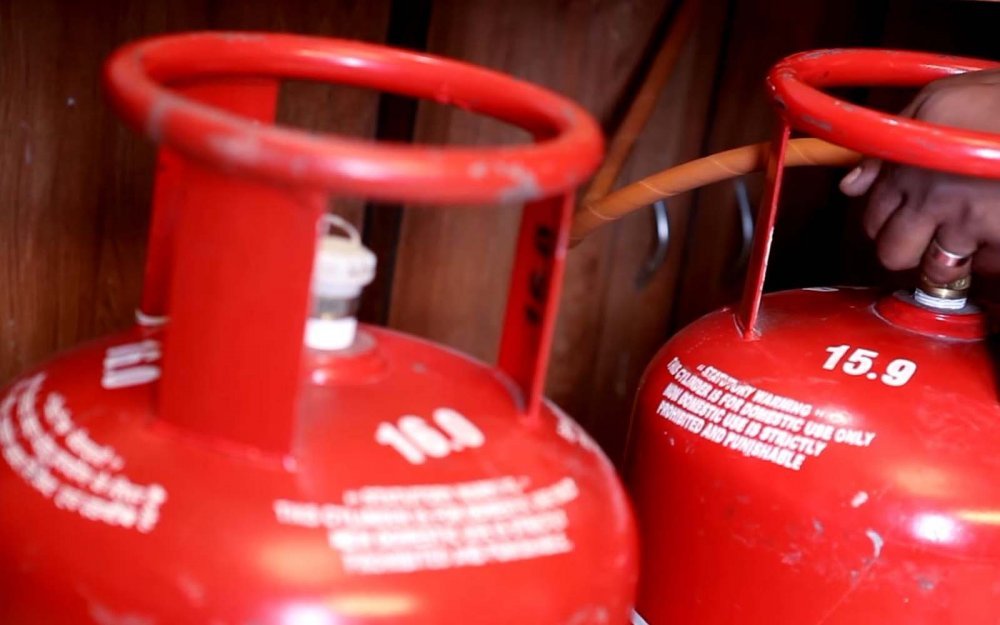 The cost of cooking gas in Nigeria has risen 100 percent after the federal government introduced a 7.5 percent tax on imported liquefied petroleum gas (LPG).

The government introduced the tax on LPG about three weeks ago, and some dealers were also mandated to pay the tax on goods imported several months ago.

About 70 percent of Nigeria’s LPG is imported, with the rest mainly supplied by the Nigeria Liquefied Natural Gas (NLNG) company.

The price of the commodity has now doubled so far as the average price has increased from N3500 as of December 2020 to N7,000 as of today.

“First, about 70 percent of the gas we consume in Nigeria is imported and importers have to deal with the high cost of foreign exchange.

“Secondly, there has been an increase in the price of petroleum products in the international market and as a result, the cost of LPG has also increased. Importers now pay more for imports.

“And thirdly, the government added VAT on imported LPG about three weeks ago. It (VAT) was 7.5 percent of the cost of the raw material and this exacerbated the rise in cooking gas prices over the past three weeks.”

Umudu stated that before the introduction of VAT, foreign exchange and the cost of petroleum products in the international market were the factors that caused the price increase.

“Around November/December last year 12.5kg was sold for about N3,500 but in July it rose to about N5,500 and when the VAT was introduced about three weeks ago it now escalated to about N6,500 and above ,” he claimed.

Umudu added: “The price increase seems to be happening on a daily basis and no one can say when it will stop. There has been much appeal to the government to find a way to persuade NLNG to increase its domestic supply so that the product can become affordable.

“NLNG supplies about 35 percent of the gas we use locally and that percentage is not sufficient. And the gas sold by NLNG is even sold at an international price and is priced in dollars, not naira.”

About the cost of the raw material in metric tons, Umudu replied: “20MT is now in the average of about N8m. And before the VAT was introduced, the price of 20MT was around N6.8m to N7m, which was the highest price at the time.”

He noted that as a result, the use of firewood and other alternative energy sources has increased today.

“When you come to Lagos, you see piles of firewood like peanut pyramids. Many people who use LPG to run their small business can no longer handle it because of the price. They are now in a crisis; some of them now use firewood, others charcoal,” he said.

Umudu added: “A lot of people in the rural and semi-urban areas are dropping their cylinders. Those who find it hard to come up with alternatives are actually making it really hard.”

The executive secretary, Nigerian Association of Liquefied Petroleum Gas Marketers, Bassey Essien, also said on the matter that the cost of 12.5kg of gas could reach N10,000 in December.

He said: “If they (government) don’t take the time to deal with this increase by December, it will be (12.5kg) N10,000. We are not the one causing this, but the government. We sell what we get.”

On what could be done, he replied: “The volume we produce in Nigeria is about 40 percent of the total consumption; the rest is imported. And you don’t have a forex window that these people can access to import gas.

“And second, you suddenly woke up and said you want to start levying VAT on imported gas, which was abolished a few years ago. And now you didn’t even start fresh, but you said it will happen afterwards, from a few months ago.”

He added: “And you put billions in taxes on gas imports, for example, you ask a company to pay about N4 billion in taxes. If they pay that money now, then another person has to take those costs.”