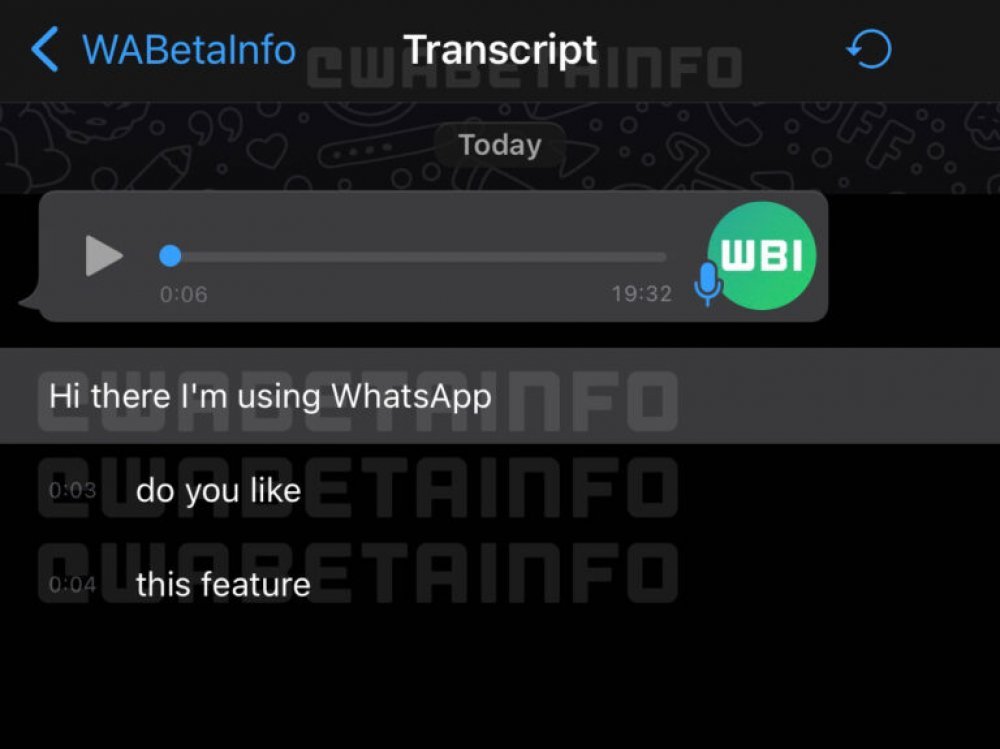 whatsapp is reportedly working on a new feature that will provide transcriptions of received voice messages so you can easily read what was said without having to play it out loud.

The feature spotted by WABetaInfo is currently in development for iOS. It is unclear when it will reach the WhatsApp beta for iPhone users or when it will come to Android.

According to a screenshot shared by WABetaInfo, the feature works by sending voice data to Apple “to process your requests”, not to parent company Facebook. There is a disclaimer that this data “will also help Apple improve its speech recognition technology.” It’s unclear how the data “sent to Apple” will be secured, as the feature has yet to be officially announced. Currently, voice messages are protected by WhatsApp’s end-to-end encryption.

Voice messages are a handy WhatsApp feature, especially if you need to send a longer message and aren’t able to type it out. But they can sometimes cause problems for recipients who don’t have headphones and aren’t able to listen to a message aloud, or who simply don’t have time to listen to a voice message in its entirety. Transcriptions allow people to silently see the contents of a voice message, or refer to important details later without having to scroll through the audio. 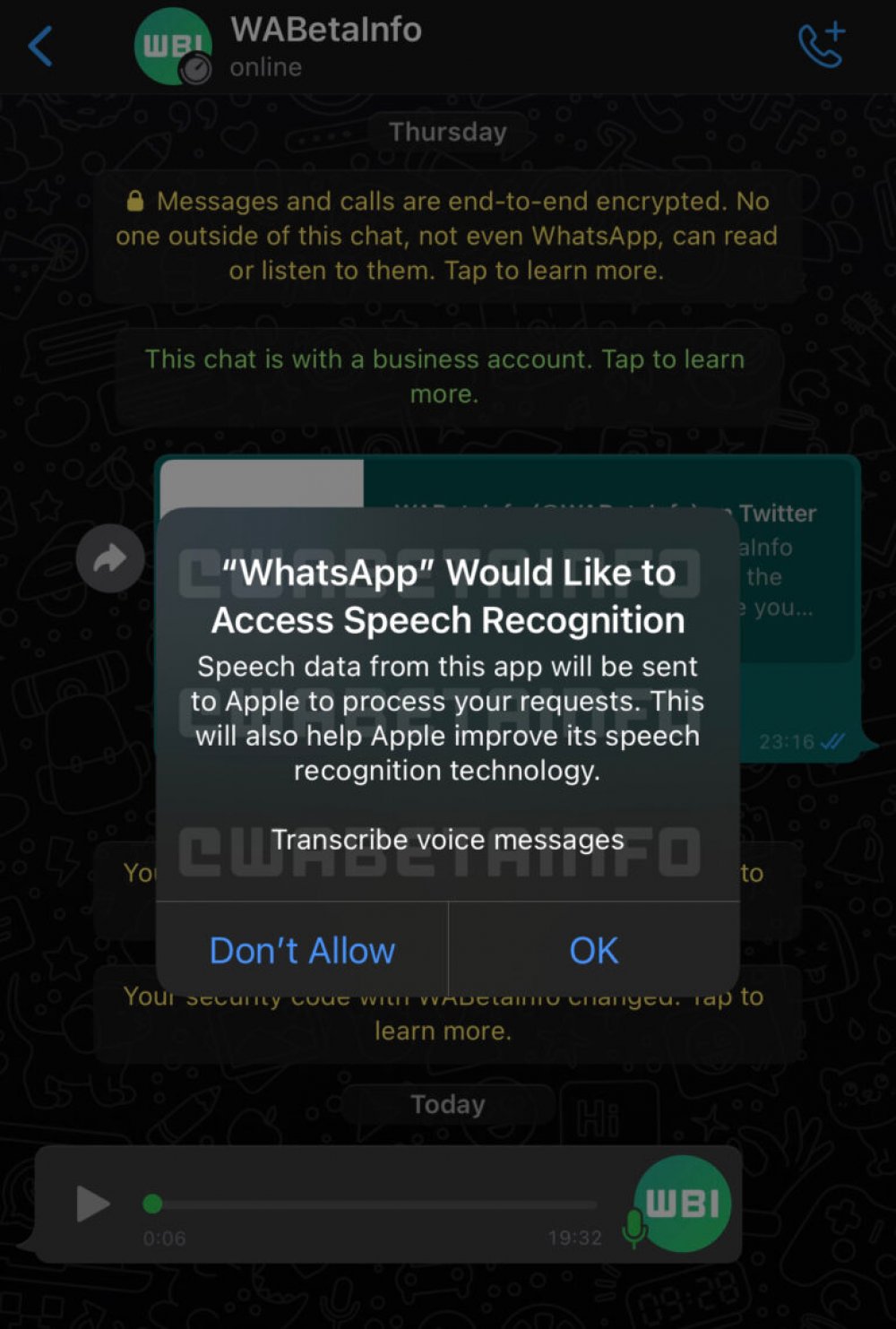 It was reported that the transcripts are stored on the device after they are created and that a “Transcript” section makes it easy to jump to specific parts of a message. That’s similar to other auto-transcription software like Google’s Recorder or Otter.ai, which allows users to click on a word to jump to the moment it’s said in a recording.