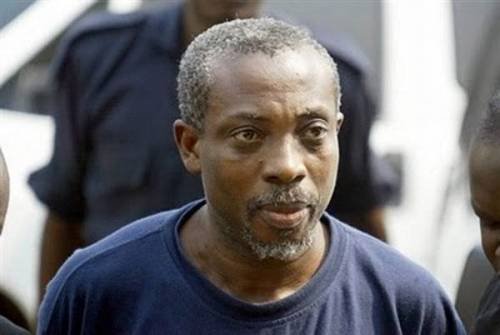 Ralph Uwazuruke, founder of the Biafra Independence Movement (IBM) and Movement for the Actualization of the Sovereign State of Biafra (MASSOB), has reiterated that residents of the Southeast will not take up arms in their quest to actualize the sovereign nation of Biafra.

Uwazuruke assured that the people of the region are committed to a non-violent approach to break away from Nigeria.

He claimed that he promised the late warlord Chukwuemeka Odumegwu-Ojukwu and the United Nations (UN) that the people of the region would not use violence in their pursuit of a separate nation.

Uwazuruke’s comment was in a statement signed by BIM’s Director of Information, Elder Chris Mocha.

He begged Nigerians to ignore allusions to the possibility of an impending war with Nigeria.

The statement reads: “We remain fully committed to our peaceful approach to achieving Biafra’s independence. Biafrans will not wage another civil war with Nigeria, despite the provocation. We are very confident that we will reach the promised land without firing a shot.

“We advise that such innuendo should be rejected outright as it is bogus. However, we insist on the authenticity of our organization’s stance and commitment to updating Biafra without firing a shot.

“The founder of MASSOB, head Ralph Uwazuruike, promised Dim Chukwuemeka Odimegwu Ojukwu that the new struggle for independence of Biafra will not trigger another war in the country.

“We will reach our new nation where nature’s free gift to man, the abundant natural resources in our country, will be used to improve human life. The second civil war of Biafra-Nigeria began on May 22, 2000, shortly after the re-declaration of the New Biafra, based on non-violence and non-exodus philosophy.

“After also assuring the United Nations and the UN in the Biafra Bill of Rights, which was introduced on November 1, 1999, our leader pledged that MASSOB will remain peaceful in the course of his agitation for the sovereignty of Biafra.

“Therefore, any politician or group that sponsors violence or incites war in Nigeria stands alone because Biafra fought a fratricidal war between 1967 and 1970 and the region is not prepared for another arms war.”