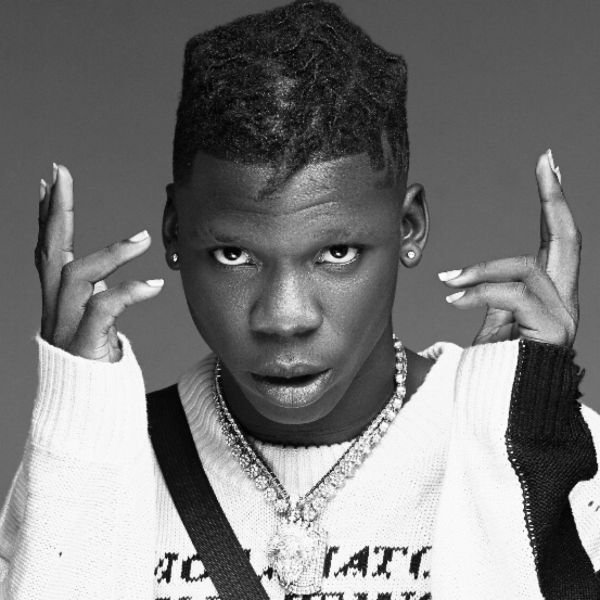 The success story of Seyi Vibez so far in the music industry needs to be studied.

Starting his music career from Ikorodu, Seyi Vibez is a perfect example of the fact that you can be successful in this Nigeria’s music industry without a record label or financial sponsor.

Just Seyi, his Vibez and some other things that he does right from the beginning of his career to this point have been doing the magic for him.

As Nigeria’s number 1 music and entertainment website, we have decided to break down Seyi Vibez’s success formula so that other upcoming artists in Nigeria can learn and grow.

If you’re really interested in growing your music career, you need to drag a seat, read this post well and start adopting these Seyi Vibez success formulas immediately.

1. Grow Your Fanbase Right From Your Hood

As an upcoming artiste, if you’re trying to jump your hood to the industry at large, you might be making a very big mistake.

When you showcase your talent right in your hood and your people already believe in you, they will be the ones to spread the Gospel of your music to the world.

If you cannot get popular as an artist in your hood, I wonder how you want to get popular across the country and beyond.

2. Don’t Be In Too Much Rush To Make Money With Your Music

Even when Seyi Vibez has street banging music, Sapa still dey with am for a long time.

Sometimes, you need to prove yourself consistently over a period of time for people to be sure you’re worth looking out for.

Don’t let anyone deceive you until you have a robust and loyal fanbase, you might not make any tangible money from music.

How then do you build a fanbase? by putting money aside and get your music across to as many music lovers as you can.

Seyi Vibez did this and it’s paying off for him.

3. Never Doubt Yourself For Once

People will say things that will make you want to quit.

If Seyi Vibez had stopped doing music because of what people say, he probably won’t be this blown today.

As an upcoming artiste still struggling to reach the top, you’re probably going to be getting some negative comments as regards your music.

Don’t take all these comments to heart. When you get blown those people who talk trash about your music will beg you to take a picture with them.

No one is saying getting blown is easy, so let little growth mean a lot to you.

If you release a song today and you have 1k streams, celebrate it as if it’s 1million streams. This will go a long way in making your little fanbase do more by preaching your music to more people.

Now, Seyi Vibez gets more than 500k streams on a song effortlessly because he’s been that artiste that has grown organically, bit-by-bit over the years by appreciating little wins at every point in his career.

5. Network & Connect With Other Artistes

Take friendship with other artists around you seriously, anyone can blow anytime, and once your artiste friend blow there are high chances that you can work with him for free and boost your own fanbase too.

Even as big as Seyi Vibez might be right now, he is still open to working with other artists below him and ahead of him.

In this industry, everyone has a unique fanbase, and getting to work with someone helps you stand a chance of tapping from the other artist’s fanbase.

Don’t let little fame get into your head in such a way that you will start thinking you’re better than every other artist around.

Dropping covers on top jam of the moment in a creative way. The owner of the song might repost on his or her official page.

Unlike Seyi Vibez, most nowadays upcoming artists are not just ready for opportunities. Your social media page is your own platform where you interact with your fans.

So, as an upcoming artiste, what are you doing when you’re not dropping a song? You need to form the habit of getting your social media pages stacked up with musical content.

It will be a big turn-off when someone gets in contact with one of your content from other pages and decides to follow you, only to find out your social media page is dry like desert sand.

In addition, always set a standard for yourself don’t just be a random artiste, imitating the footstep of any other artiste won’t take you anywhere. In another word, create your craft, brand yourself.

It’s not necessarily you have millions before setting standards, take photoshoots to beautify your page. Never upload substandard content on your page, take time to perfect it for the general public.

Always jump on the trend, cover, and tag as many as possible. Seek people’s feedback on your music and allow critics for improvement.

7. Be Consistent With Good Music & Define Your Sound

Consistency is one of the keys for Seyi Vibez, he doesn’t stop after dropping a good song.

Even when he knows he has a hit song on the ground, he’s already working on another potential hit song.

Also, he knows his audience, he’s more focused on dropping inspirational songs which the street needs.

Everybody can’t sing for the girls or for love so, let people know you for the kind of song you do.

8. Every Promotion Matters – Don’t Ignore Any Form Of Promo

The problem with so many upcoming artists at this time is their love for a particular music promotion type, forgetting what their audience really wants or enjoys.

One thing Seyi Vibez has done excellently over the past few years is understanding that people that stream will never download and people that download will never stream.

Most upcoming artists these days, once they put their songs on streaming platforms like Spotify, Audiomack, Apple Music, and all, they think they have done all that is needed to be done and they can now go back to bed and wait for a miracle to happen.

No! It doesn’t happen that way, you have to position your song well, in fact, you have to go as far as putting the audio version of your song on YouTube. You need to understand some people open YouTube just to listen to music.

Music lovers are everywhere and they spread across all platforms, if you really want your music content to go far and more people to enjoy your song, you need to put it on every available platform you can lay your hands on.

So, don’t just say I want people to stream my song, you have to be realistic and logical. Let people be able to download and stream your song.

Let people have a taste of what you can do as a talented artist, let them enjoy your song, and later on when you’re so blown, then you can have the creative freedom to say I only want people to stream my song.

At that level, people will do anything to have access to your song because they already have you at heart, they already know your songs are worth all effort they make to get it.

This is one of the particular features Seyi Vibez has been able to understand and he is actually using it to win the game aggressively, we hope you all will adopt this too.

No doubt, Seyi Vibez’s music career is fast-growing and from all indications, his kind of growth won’t be temporary like some other artists who got blown from nowhere due to support from industry big names.

Without having to mention names, getting blown up suddenly from nowhere doesn’t last because the moment you stop getting the support that blows you as an artist that’s where everything ends.

As an artist, Seyi Vibez’s kind of growth is what you should pray for, slow and steady organic growth that happened based on your own personal effort.