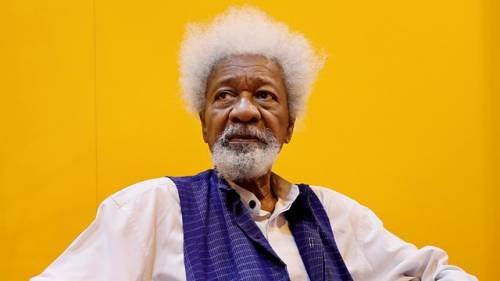 He said the president may be suffering from “mental delusions.”

The Nobel laureate added that Buhari may have also been bothered by the deafening noise of his son’s wedding bells over the weekend.

“Perhaps the sound, the sound of the wedding bells (Yusuf Buhari) contributed to the possible deterioration of the hearing of the president of this country. Because he doesn’t seem to hear anything’, the linguistics professor denounced.

Citing a series of groups of people who kicked Buhari’s move, Soyinka wondered why the president was obsessed “about something being rejected right, left and center.”

Pretty much the entire nation is screaming that we don’t want open grazing cattle, whether they call it cattle trails or grazing reserves. Even the all-powerful and untouchable Miyetti Allah, patrons of the murderous Fulani herdsmen, have made it clear that it is cattle ranching,” Soyinka claimed.

In April and July, at their meetings in Asaba and Lagos respectively, the Southern Governors’ Forum announced a ban on open grazing in the region, setting a September 1 deadline for full implementation.

Soyinka argued that there may have been a different agenda behind Buhari’s creation of a committee to restore ancient grazing routes across the country.

“And when we think about all those discussions, all those debates that have been settled in rational terms, there is a new version of RUGA with the president insisting on sending his agents to map and restore the old grazing reserves. when governments and people, experts, agronomists, businessmen say this is the business and should be run in this particular way.” Why is the president obsessed with something that the people reject? ‘ asked the activist.

“The obsession is on such a level that even people who think of themselves as rational, like me, are starting to wonder if this is really all about livestock. Maybe there are other kinds of agendas that we don’t know about.”