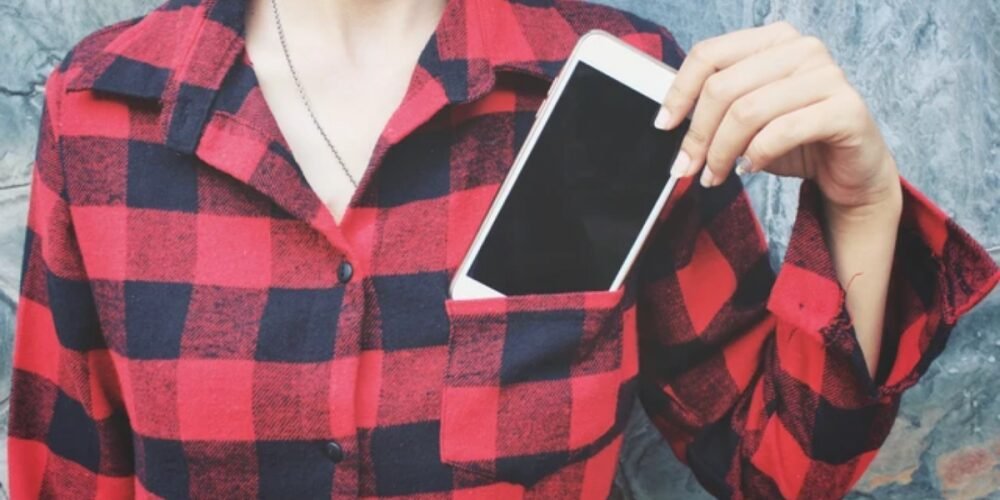 A group of researchers in China has developed a unique fiber that can store enough electricity to charge personal gadgets and portable medical devices. These developments would fuel the need for “flexible energy storage”.

AN study published last week revealed that researchers from Fudan University in Shanghai said they managed to mass-produce fiberglass batteries that contain 85.69 watt-hours of electricity per kilogram. In comparison: a iPhone 12 Pro Max, which weighs 228 grams, has a battery with a capacity of about 14 watt-hours.

The scientists showed that they could wirelessly charge a smartphone while wearing a shirt made of fiber batteries. As part of the wearable trend, smart clothing has generated a lot of commercial interest in recent years.

The latest products include smart socks that track your foot landing techniques, swimsuits that can remind you to put on sunscreen, and yoga pants that can sense when your posture needs to be adjusted. 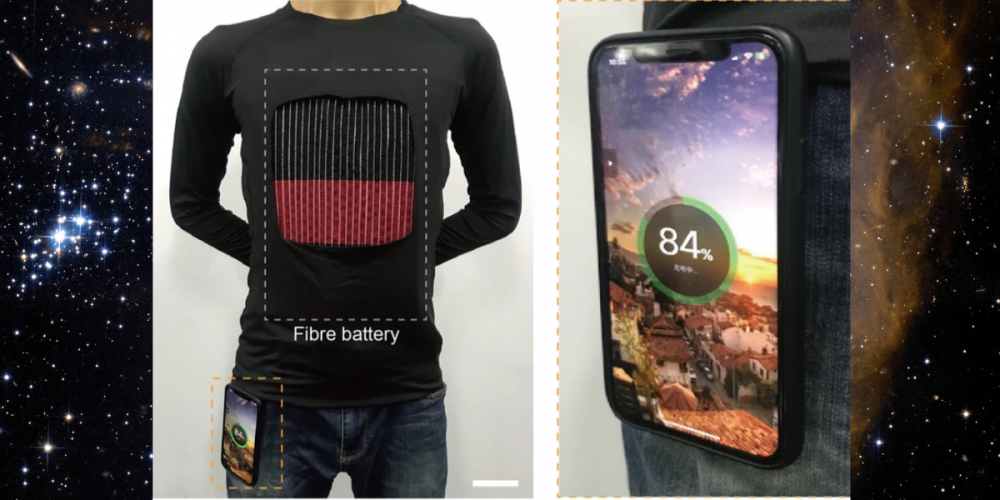 It was revealed that most wearables are powered by conventional lithium-ion batteries, which are usually neither foldable nor waterproof. The latest study brings researchers closer to developing a commercially viable textile battery that could open up new possibilities for wearable devices.

What are lithium ion batteries? 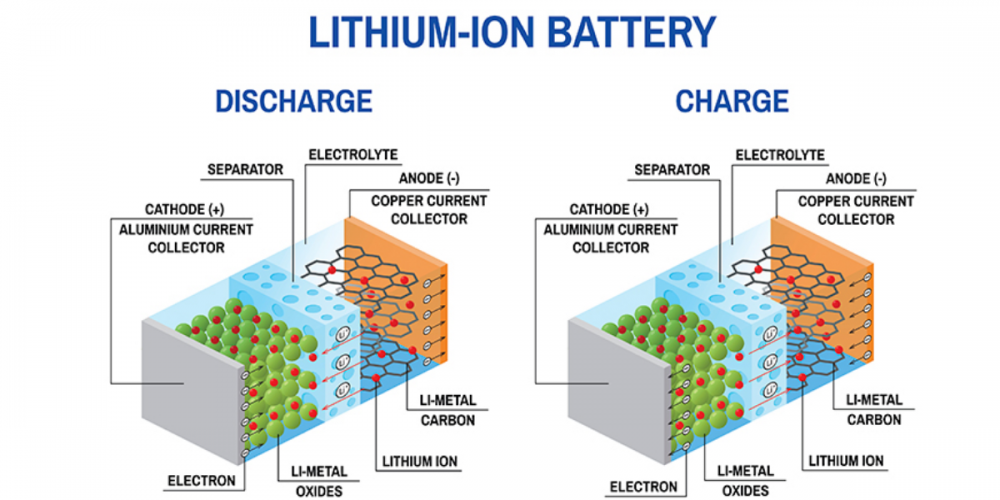 A lithium-ion (Li-ion) battery is an advanced battery technology that uses lithium ions as an important part of electrochemistry. It is a family of rechargeable battery types in which lithium ions move from the negative electrode to the positive electrode during discharging and back during charging.

In the latest study, researchers made fibrous lithium-ion batteries by wrapping an aluminum wire covered with lithium cobalt oxides — the positive electrode — along with a graphite-coated copper wire for the negative electrode. Special sheaths are placed between the two to prevent short circuits.

The scientists then discovered that as the length of the fiber increases, its internal resistance decreases before it flattens out. Based on the discovery, they designed an industrial process to produce fiber batteries that were meters long and could be woven into textiles.

According to the study, the material retained 90.5 percent of its capacity after 500 charges were discharged. The battery textile worked well even when folded, washed with water and pierced with a knife, researchers found.

In one of the experiments led by Peng Huisheng, a piece of fabric kept charging an iPad while a 1,300-kilogram car drove on it. 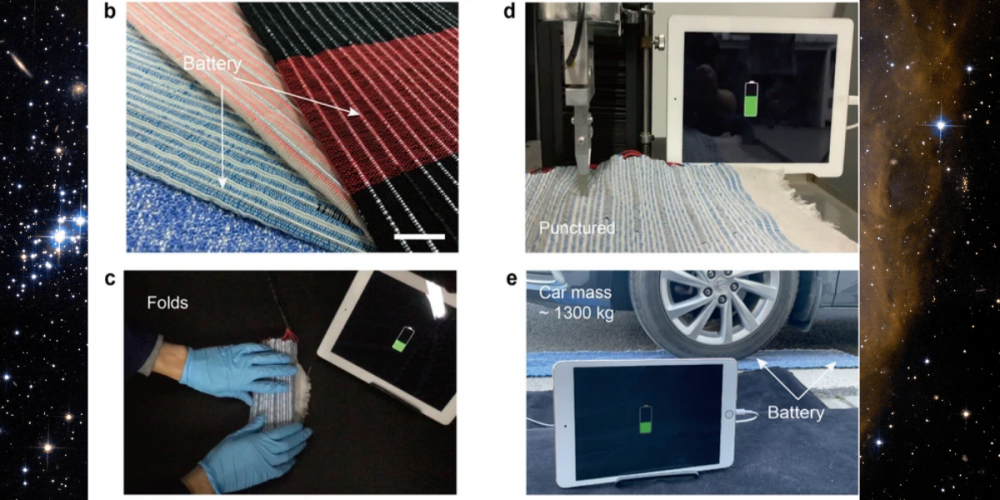 Huisheng told Chinese news channel Thepaper.cn that the energy density of the fiber, which measures the amount of energy a battery contains in relation to its weight, still lags behind conventional batteries.

But with enough funding and technical support, these types of materials could potentially be used commercially within two to five years, Huisheng said.

“You have to put your battery somewhere, with a cable attached to the device,” said Zheng, who was not involved in the study. “The advantage of the material published in this article is that it resembled fibers so it could integrate seamlessly into your fabric structure.”

What is wearable electronics? 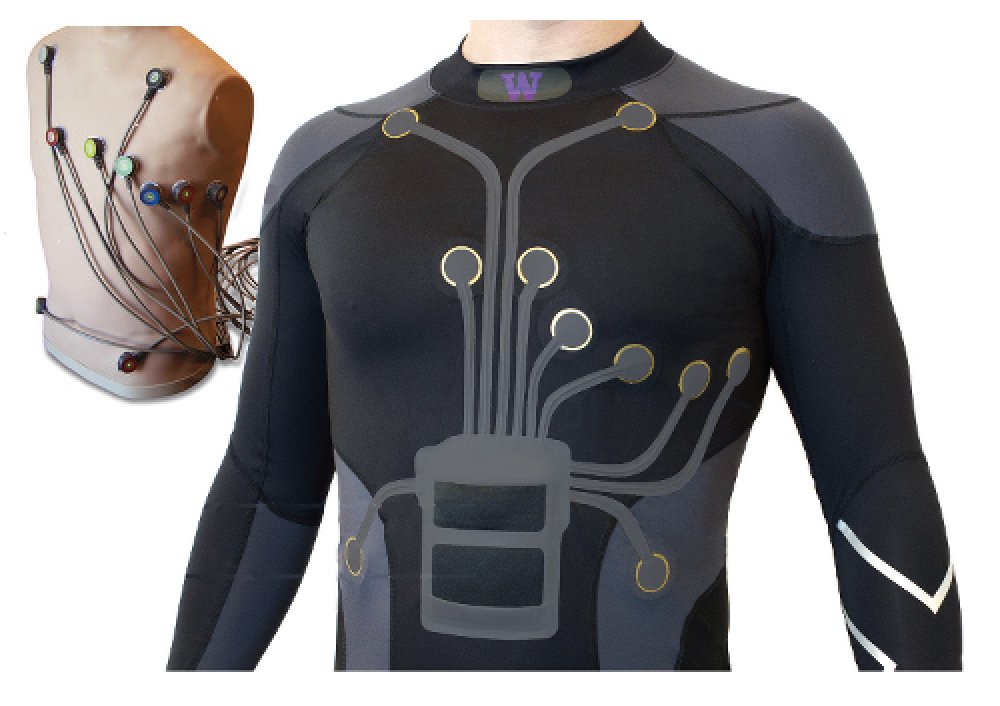 Wearable electronics are electronic devices that are constantly worn by a person as invisible as clothing to provide intelligent assistance that enhances memory, intellect, creativity, communication and physical senses and can be worn internally as implantable devices such as pacemakers and neuroprosthesis.

Zheng said the authors of the new study showed that it is possible to create a fibrous battery hundreds of meters long, bringing the material one step closer to commercial applications. He also said his own research group had developed a kind of cloth battery that could store energy.