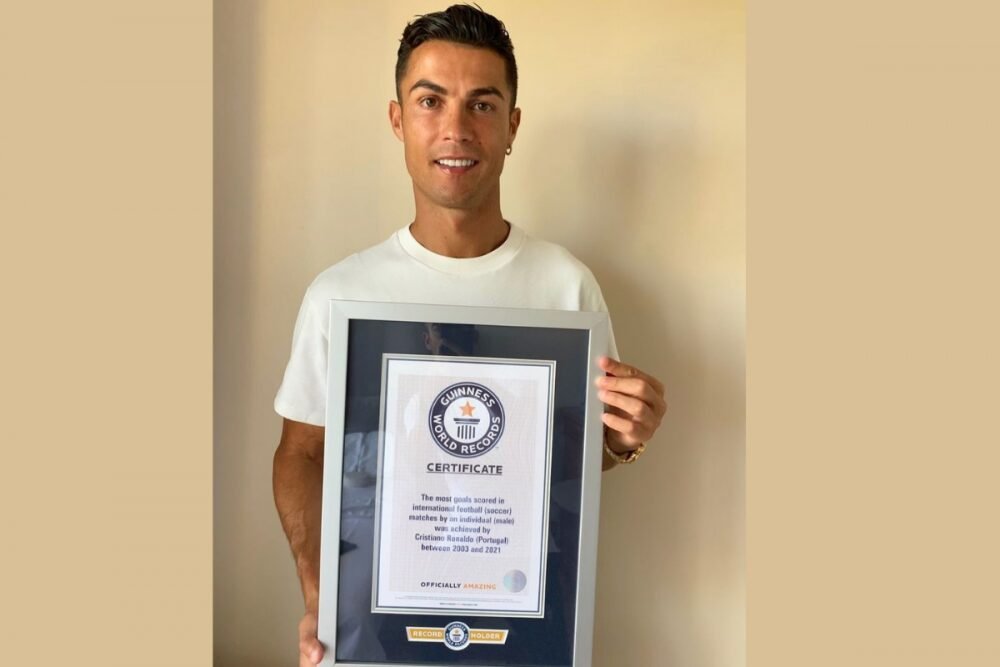 Cristiano Ronaldo has been recognized by the Guinness World record through his certification for his achievement of becoming the top goalscorer in international football in the men’s category on Friday.

During the World Cup qualifier Ronaldo scored a brace for Portugal to win 2-1 against the Republic of Ireland him past Iran Ali Daei, who scored 109 international goals.

See also  Liverpool vs Chelsea: Tuchel talks about James' Re...

On Friday, the five-time Balon d’Or winner posted to his Instagram a photo of him holding a Guinness World Record certificate in recognition of his new record.

The new Manchester United signing who returns to the club after 10 years said he will “keep the numbers higher”, sending shivers through defenders across Europe.

Ronaldo could make his debut at Old Trafford for Manchester United in the Premier League on September 11, when they face Newcastle.