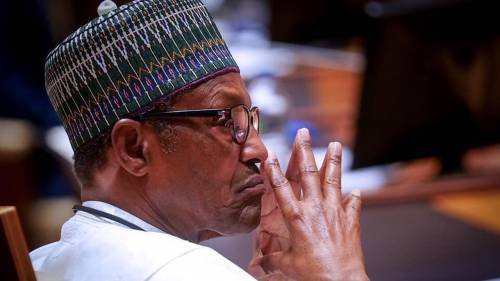 The National Executive Committee (NEC) of the Middle Belt Forum (MBF) has warned the President Muhammadu Buhari-led government not to take any actions that will plunge the country into another civil war.

The warning comes against the background of the murders and other criminal activity taking place across the country, the group said.

The forum in a communiqué signed by its national president, Dr. Pogu Bitrus, on the weekend after concluding a two-day rally in Akwanga, Nasarawa state, said the incessant invasions of various communities in many parts of the country by Fulani militias have suggested a genocidal and ethnic cleansing scale.

The communiqué urged the Nigerian government to create an agency called the Middle Belt Development Commission (MBDC) to serve as an intervention agency in addressing the challenges posed by the activities of terrorists.

The group urged the government to come clean and give in to the Nigerian public’s demand to reveal the identities of Boko Haram’s sponsors, specifically the 400 Bureax de Change operators as identified by authorities of the UAE.

The communiqué read in part: “Nigeria is plunged into a critical situation of insecurity caused by the activities of Boko Haram terrorists, armed Fulani militias, kidnappers/bandits and other related criminal elements.

“This wave of insecurity has pushed the nation to the abyss. NEC is calling on the federal government to take urgent steps to arrest the situation and save the nation from another civil war.

“The incessant invasions by Fulani militias on various communities in the Middle Belt region in particular, and other parts of the country in general, have taken on a genocidal/ethnic cleansing scale.

“These attacks have led to mind-boggling massacres and devastation in our communities and the displacement of indigenous peoples into various internally displaced persons (IDP) camps). NEC calls on the federal government to take urgent steps to return the displaced communities to their ancestral home , given that in the 21st century no more territory can be gained through the use of force, NEC also calls on the government to identify all IDPs in the Middle Belt Region and provide relief supplies for them.

“NEC is calling on the federal government to identify, arrest and bring to justice the perpetrators of these heinous crimes against humanity in order to deter others. Therefore, NEC is calling on the government to create an agency direct the Middle Belt Development Commission (MBDC) to serve as an intervention agency in addressing the challenges posed by the activities of these terrorists

“Many schools and places of worship in the Middle Belt Region have remained closed due to the criminal activity of these Fulani kidnappers and bandits. NEC regrets that many schoolchildren and other unfortunate citizens are still languishing in kidnappers’ lairs. NEC further appeals to the government to take urgent measures to rescue the prisoners.

“The MBF insists that the Federal Government must be honest and give in to the demand of the Nigerian public to reveal the identities of Boko Haram’s sponsors, especially the 400 Bureax de change operators as identified by the authorities of the UAE.”

The MBF also said it was concerned, given the United Nations (UN) report that the Nigerian government is secretly engaged in “Sulhu”-labelled negotiations with Boko Haram terrorists, allegedly offering monetary rewards to insurgents. and other criminals.

“That is why NEC is totally against this project and also against any form of amnesty against insurgents and other terror groups whose hands are dripping with blood. NEC also strongly opposes any planned recruitment of these allegedly repentant terrorists into the national security architecture,” it said.

The MBF called on the people of the Middle Belt region to rise up and defend themselves against governments that abdicated their constitutional responsibility to defend them, and commended the Southern Middle Belt governors and governors and their state assemblies for their courage in passing -Open grazing laws in their states.

The MBF urged Nigerians to recognize the Middle Belt geopolitical bloc in the rotation of the presidency and praised state governor Nyesom Wike of Rivers for his consistent fight for the rule of law and federalism, particularly with regard to the recent Federal Supreme Court ruling on Value Added Tax (VAT).

It also praised Benue State Governor Samuel Ortom for his resilient stance in defending the rights of the Benue people.