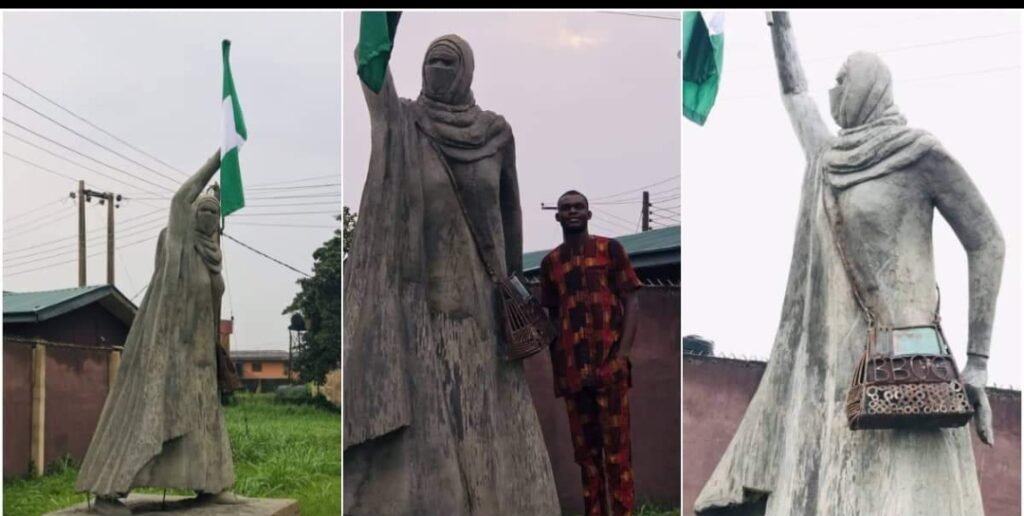 The young man, who is an admirer of Aisha’s activism, built the statue as part of his requirements for the award of B.A in Fine and Applied Arts.

In the photos that were shared on social media, the statue strikes the popular pose of Aisha as it raises a Nigerian flag in the air.

Many react to the statue

“This is commendable, congratulations Aisha.

“This is unIslamic believe, it’s forbidden!”

“Statue is forbidden in Islam.”