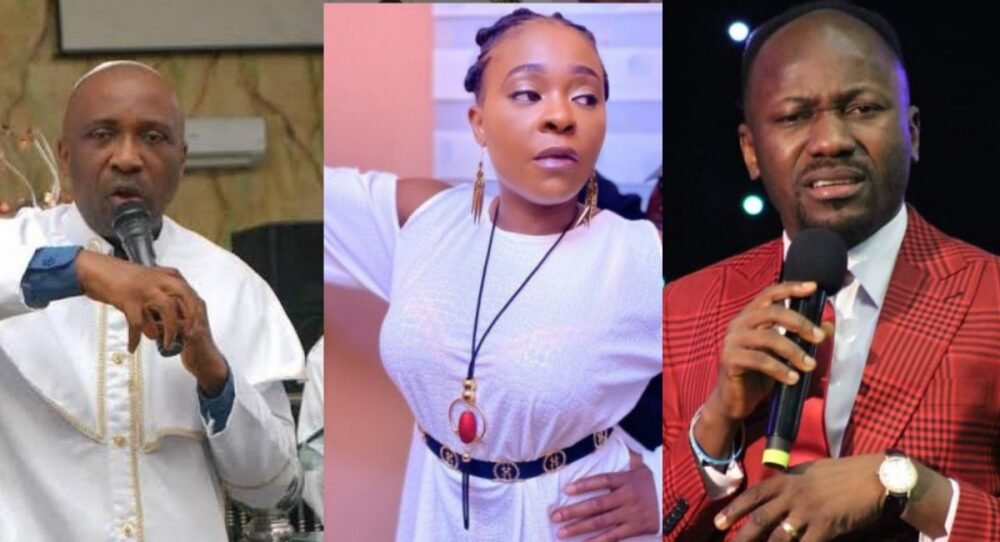 Primate Ayodele has urged the general superintendent of Omega Fire Ministries, Apostle Johnson Suleman, to be strong, courageous and focused, even amid the recent sex scandal that has rocked his ministry.

Recall that Apostle Johnson Suleman has been accused again of sleeping to whom he is not married, identified as Ifemeludike Chioma Grace.

In response to the sex scandal, Primate Ayodele explained that the scandals are just to rock the boat of his ministry, but as long as his foundation is in Christ Jesus, the storm will calm down at the end of the day.

The clergy revealed that the protagonist behind the attacks is a popular politician bent on his downfall, but in the long run, God will rise to fight his enemies.

He advised those behind it to refrain from the act, because when God is ready to fight back, it will be very disastrous for the masterminds of the scandals.

“Apostle Johnson Suleman should not worry too much about the recent scandals that are turning his ministry upside down. These are gimmicks of the devil to deduce the mission of God for his ministry, it is time for him to be more focused to stay”

“It is not out of place for him to go through this phase, but as long as Jesus is the foundation of his ministry, the storm will be calm at the end of the day”

“The attacks come from different angles, but the main perpetrator is a popular politician who is out to take down his ministry, but no one can destroy the work of God, that is not possible”

“I also want to tell the people behind these attacks to stop. God is not sleeping. They still have time to repent now because if God decides to fight back, it will be a disaster.”

Primate Elijah Ayodele is known for standing up for men of God who are going through a crisis in their ministry. This undoubtedly pictures the teaching of Jesus Christ, which has to do with the guardianship of your brethren.