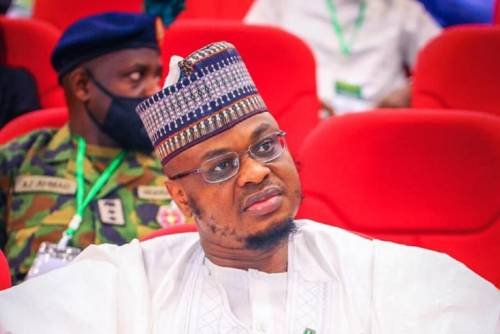 The Nigerian government has said its security forces can access information about Nigerians through their mobile phones.

However, Pantami noted that as a minister, he could not honor requests for such personal information from individuals and groups.

He described telephone conversations and telephone numbers as confidential, as stipulated in Articles 38 and 39 of the Nigerian Constitution.

According to him, it is the Cybercrime 2015 Act and other similar legislation of the commission that gives the government the power to disclose personal data of individuals through interception by security services.

He identified the police and the Department of State Services (DSS) as being able to provide such information when it comes to the security of life and property.

The Minister of Communications and Digital Economy, Prof. Isa Pantami, announced this on Tuesday at the launch of the Strategic Vision Plan 2021-2025, organized by the Nigerian Communications Commission (NCC) in Abuja.

The minister also noted that sometimes it is not easy to get the personal data or information about bandits as they use their victims’ phones to call their families to demand ransom.

He said: “If someone is kidnapped, it is not your right to write to NCC, the supervising minister or the ministry to ask for the identity of the number. If something happens and a phone number is involved then your job is to pass that number to security services like the police or DSS, go to them to tell them what happened and they know the procedure they pass it on to the NCC or technology agencies, it is their mandate to provide what is needed.

“If we say that anyone can approach us for personal data of any SIM card, then this will certainly be abused. That is why only the security settings have the authority to request that information.”

“Nowadays, criminals place roadblocks on the highways and confiscate travelers’ phones, sometimes using the phones to contact their relatives. When it is presented, you will find that the information belongs to the kidnapped victims, but not to the kidnappers,” he added.

Pantami’s earlier call for jihad and unadulterated support for murderous groups like the Taliban and al-Qaeda portray him as a seasoned Islamic fundamentalist.

Still, President Muhammadu Buhari has appointed him as Minister of Communications to monitor the country’s vast data and telephone infrastructure and other sensitive details of the national intelligence agency.

The president also recently met with the minister after his past support for terrorist groups became known.

“This jihad is an obligation for every believer, especially in Nigeria,” Pantami said in one of his brutal sermons in the 2000s.
“Oh God, give victory to the Taliban and al-Qaeda (Allahumma’ nṣur Ṭālibān wa-tanẓīm al Qā’ida).”