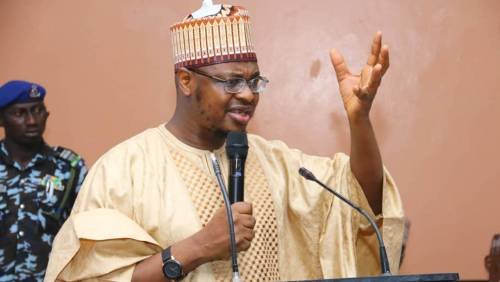 The American Business Council has expressed concern over the proposed National Information Technology Development Agency (NITDA) bill that has yet to be passed into law.

The body noted that there are ambiguous parts of the bill that need to be described quite well so that operators in the information communications and technology industries can fully understand the implications it could have for their businesses.

SaharaReporters had reported on Tuesday how sources in NITDA revealed that Nigerian Minister of Communications and Digital Economy, Isa Ali Pantami, bribed officials within the agency to enforce a law aimed at destroying ICT startups in the country.

Sources speaking to SaharaReporters had stated that the minister had made an effort to destroy the technology sector and impose his fundamentalist ideals on the work of other agencies.

In its response, the American Business Council states in a document to SaharaReporters that the agency’s functions, which are similar to those of other agencies, have not been defined.

It noted that Section 5, Subsections 1, 5 and 10, which emphasizes the promotion of investment, universal access, and the certification of information technology services and practices, nearly infringes upon the functions of the Universal Service Provision Fund and the Nigerian Investment Promotion Commission set up for similar purposes.

It also stated that subsections 12 and 13 of Sections 5 have been turned into law, there are opportunities for administrative bottlenecks, multiple regulation and repeated taxation.

The council then recommended the creation of an Inter-Agency Desk at the National Communication Commission to facilitate needed collaboration between NCC, USPF, NIPC and NITDA “to achieve the intent of these provisions.”

It also raised concerns about the unclear meaning of “digital services, products and platforms, administrative sanctions” as stated in the bill.

The American Business Council said, “NITDA’s functions and powers need more clarification. It is hard to imagine how NITDA wants to exercise extraterritorial jurisdiction over foreign digital platforms or digital services, products and platforms operating in Nigeria when the rules and parameters are not well defined. “Digital services, products and platforms” are not defined in the bill, making it unclear who the bill aims to regulate, what triggers are needed to qualify such platforms, services or products for regulation, or any exceptions to the scope of the bill. regulations.

In addition, “administrative sanctions” are not defined anywhere in the bill. Clarification and adequate guidance are needed to avoid an unfair interpretation of these provisions and arbitrary exercise of these powers.”

The council therefore recommended that digital services, products and platforms should be well defined so that stakeholders can identify and understand their scope, and added that the body should prepare regulations/directives providing for the administrative sanctions.

Also, part of the bill implied a levy of one percent of the pre-tax profits of corporations and enterprises listed in the third schedule accompanying the bill with an annual turnover of N 100,000,000 (one hundred million Naira) and above.

The council noted in response to this section that this will only increase the operational costs of telecom operators in Nigeria, who are already burdened with numerous taxes.

It also stated that the bill was not yet to define “foreign digital platforms” or what is “targeted to the Nigerian market”, making the application of the NITDA levy extremely ambiguous as it could potentially be applied to any foreign website. anywhere in the world, creating taxing business and regulatory environments for foreign stakeholders.

It also pointed out that it is unclear to foreign stakeholders whether the revenue threshold that an entity will subject to a tax assessment is the entity’s total annual revenue, the annual revenue from its operations in Nigeria, or both.

The council also recommended that the bill clearly spell out the enforcement mechanisms that could be adopted by the NITDA and FIRS to ensure that the owners of the foreign digital platforms pay the charge.

Speaking of the licenses, the American Business Council noted that the NITDA Act contains three types of licenses, including: (a) Product license; (b) Service Provider License; and (c) Platform Provider License.

However, the bill is silent on the purpose of each license.

It said: “Given the definition of platform, i.e. ‘any digitally enabled system used in the delivery of a service or product’, it can be assumed that a single entity requires all licenses.

“The fact that the bill does not specify the purpose/scope of each license means that entities are unable to assess the category they fall under, and may in fact lead to an interpretation whereby an entity effectively all licenses for the same product/service/platform. ”

It advised the Nigerian government to investigate these licenses and authorizations which could lead to a diversion of resources and potentially lead to multiple regulations that will affect the ease of doing business in Nigeria.

“For example, telecommunications regulation, part of the information technology and digital economy sector, is already adequately regulated by NCC. This section can cause friction between NCC and NITDA. NITDA should relinquish primary responsibility in these areas to NCC.

It added: “Finally, we kindly request that you take into account the recommendations and issues raised in our submissions, and that the provisions of the bill be amended to take our recommendations into consideration.

“Multiple regulations/licenses and taxes would be a derailment for Nigeria’s growing digital economy. The implementation of the bill as it is could hinder foreign investment in Nigeria and have long-term adverse effects on the Nigerian economy.

“More clarity is needed on the scope, implementation and enforcement of the bill so that foreign entities in this sector can continue to maintain a beneficial and mutually rewarding relationship with Nigerians.”