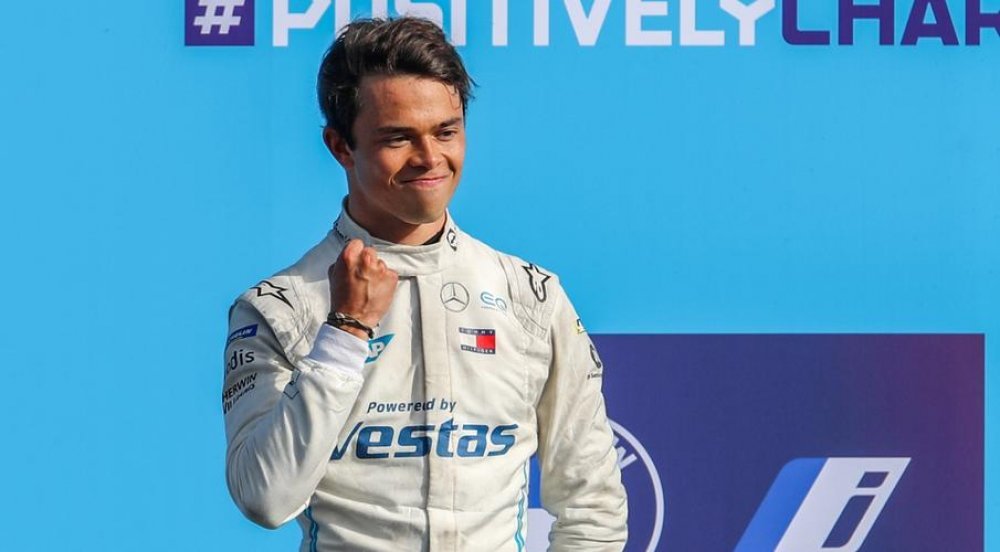 Newly crowned Formula E world champion Nyck de Vries thinks it would be a boost for the all-electric series if he were to secure a ride in Formula 1 next season.

Red Bull’s Formula 1 title contender Max Verstappen could join his compatriot as world champion by the end of the year and they could race each other in 2022 with De Vries, a Mercedes F1 reserve, linked to Williams in media speculation.

It is a move that the 2019 Formula 2 champion would clearly enjoy and also one that he believes could bolster the image of electric racing, which has been a home to many ex-Formula 1 drivers.

“I think a lot happened the other way around right now,” De Vries told selected media in a video call on Monday as he headed to Le Mans to continue his other role in endurance racing.

“I think it would be a good sign. If it happens, I don’t know.

“It’s nice to hear people talking about it, but otherwise I’m waiting to see what will happen in the coming months and what my future will look like.”

Formula E, whose first five champions were all ex-F1, has also welcomed many drivers who have not progressed beyond Formula 1’s feeder series but who are not yet a springboard for talent in the other direction.

Former F1 champion Williams, who uses Mercedes engines, could have a vacancy if George Russell leaves to replace Valtteri Bottas alongside seven-time world champion Lewis Hamilton at the Mercedes team.

Verstappen has huge support in the Netherlands, with an army of fans following him as he battles Hamilton for the title, but De Vries said his own success had attracted a lot of attention at home as well.

Not that he made any claims to bragging rights, however.

“I don’t have those kinds of feelings, or goals, of being the first Dutchman to win a world championship in motorsport. It’s a funny fact, but I add zero value to it. I add value to the title and to what it means in our community,” he said.

“It’s recognized by our community as a very strong championship, that’s what’s important to me, not necessarily the fact that I’m first now.”

How long Mercedes will remain in Formula E as a works team remains to be seen, with Sunday’s race being a farewell to Audi and BMW.

A report on the autosport.com website on Sunday indicated that Mercedes could also stop introducing a new Gen3 car for the 2022-23 season.