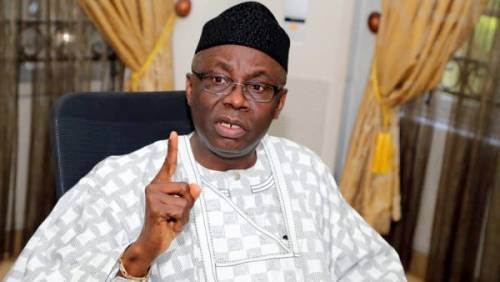 The Senior Pastor of the Citadel Global Community Church, Pastor Tunde Bakare, has said it is not wrong or unconstitutional for a Northerner to succeed President Muhammadu Buhari in 2023.

Buhari is from the north and many southerners expect the presidency to come to their region after eight years of Buhari’s government. Some have attributed it to an unwritten rule, which Buhari has also benefited from.

See also  2023: All progressives are not interested in Igbo president, says Governor Uzodinma

But in an interview on Channels TV, Bakare emphasized that the emphasis should be placed on competence in the choice of leaders.

He said: “Let the best of the best come out… it doesn’t matter which part of the country the person comes from.

“I’ve heard all kinds of arguments about rotation and zoning. Some say (Olusegun) Obasanjo, plus (Goodluck) Jonathan, which is 14 years and (Umaru) Yar’Adua plus Buhari is 10 years and that the north has four more years. What is needed right now is a person who can do it.

“If we promised rotation, let’s practice rotation, if it’s not part of our constitution, let’s face reality. It’s not really where the person comes from that matters, it’s what he can do and deliver.”