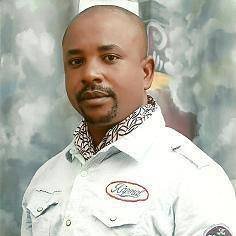 The group also expressed condolences to the family of the deceased and urged the government of President Muhammadu Buhari to leave no stone unturned until the killers are arrested and brought to justice.

It also deplored the chaotic state of Nigerian society in which insecurity has normalized.

It therefore called on political office holders to tackle the problem.

This was stated in a statement by the group’s spokesman, Abdul-Azeez Suleiman, titled “CNG Worries on Sowore Junior’s Murder, Calls For Government Action” and obtained by SaharaReporters on Tuesday.

Gunmen suspected of being herders shot and killed Olajide on Saturday in the Okada area of ​​the Ovia North-East Local Government area of ​​Edo state.

The deceased was a Pharmacy student at Igbinedion University before the fateful incident.

Commenting on Tuesday, CNG said in the statement: “The Coalition of Northern Groups (CNG) received the news of the murder of Sowore Junior, the younger brother of Sahara Reporters Publisher, Omoyele Sowore in Benin City, with shock and disbelief.

“It is very unfortunate that Nigerians, especially young people, can be murdered at will as criminals and murderers exploit the vast vacuum in the political will and ability of the government to secure the lives of civilians.

“The CNG is alarmed by the increasing number of targeted killings across the country and the apparent helplessness of the authorities to control them.

“The murder of Sowore Junior is yet another murder that is too much and calls for concerted efforts from all well-meaning Nigerians, especially the young, to ensure the protection of their right to life.

“As we offer our condolences and comfort to the Sowore family, we urge the government to do everything possible to unravel the circumstances of the young man’s murder and bring the killers to justice.”