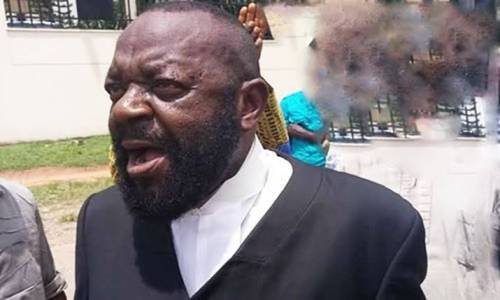 Aloy Ejimakor, one of the lawyers representing Biafra Indigenous Peoples (IPOB) leader Nnamdi Kanu, said he sent some legal documents to the separatist group’s state directorate in defense of members who were killed last week. were arrested by the Ghanaian police.

The lawyer said the action was taken to prevent the arrested Biafra rioters from being sent to Nigeria.

Ejimakor announced this on Monday on his verified Twitter page.

SaharaReporters had reported that Ghanaian police officers stormed the site of IPOB’s monthly meeting around Mallam Junction in Accra on Sunday and arrested an undisclosed number of members of the group.

They were then taken to a police station in Accra where they were profiled.

In response, the lawyer said the move was to quickly secure their freedom as well.

Update on #IPOB Ghana:
A few days ago I sent to the DOS (via @ChinasaNworu) certain legal documents crucial to the defense of the believers currently in need in Ghana. The goal is to quickly secure their freedom and prevent them from â?? extradition to injustice in Nigeria.

The IPOB leader, Kanu, who had been overseeing the group’s affairs, was captured in Kenya in June and taken to Nigeria.

He has been taken into custody by the Department of State Services (DSS) pending his trial scheduled for October 21 on charges bordering on treason, terrorism and others brought against him by the Nigerian government.