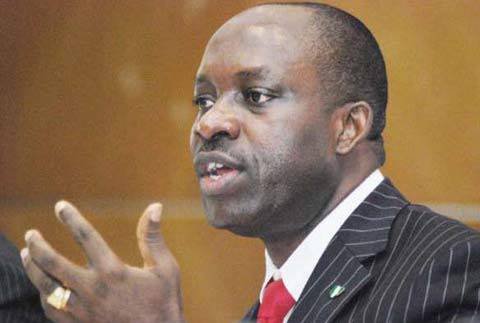 The Independent National Electoral Commission, in accordance with a court ruling, has listed a former top bank governor, Charles Soludo, as the candidate for governor of the All Progressive Grand Alliance.

INEC on Thursday published a revised list of candidates for Anambra’s gubernatorial elections.

However, INEC still excluded the People’s Democratic Party (PDP) from the list of approved candidates for the poll.

In the list published on July 16, INEC had excluded the Peoples Democratic Party (PDP) candidate while Michael Umeoji was listed as the APGA candidate.

But in a ruling on July 19, a federal high court in Awka, the capital of Anambra, confirmed Soludo as the APGA candidate.

Similarly, on Aug. 10, an appeals court in Kano state had confirmed Victor Oye as APGA chairman — Soludo was elected the party’s governor candidate in a primary hosted by the Oye-led faction.

Speaking of the development, Festus Okoye, INEC’s Commissioner for Information and Voter Education, had said the commission would comply with “valid court orders”.

In a statement on Thursday, Okoye said the committee met and deliberated on a number of issues, including the nomination of candidates for the Anambra governorship election.

According to him, the revised list of candidates is the result of a court order received by the commission on APGA, as well as the replacement of candidates’ names by various political parties.

Okoye added that the final list of candidates will be published on October 7, 2021.

On June 23, Soludo emerged as the winner of the Anambra governorship primary election of the All Progressives Grand Alliance (APGA).

Soludo will represent the party in the November 6 gubernatorial election.

Soludo gained 740 votes to beat other challengers. The total number of accredited delegates who took part was 795, while 792 votes were cast.