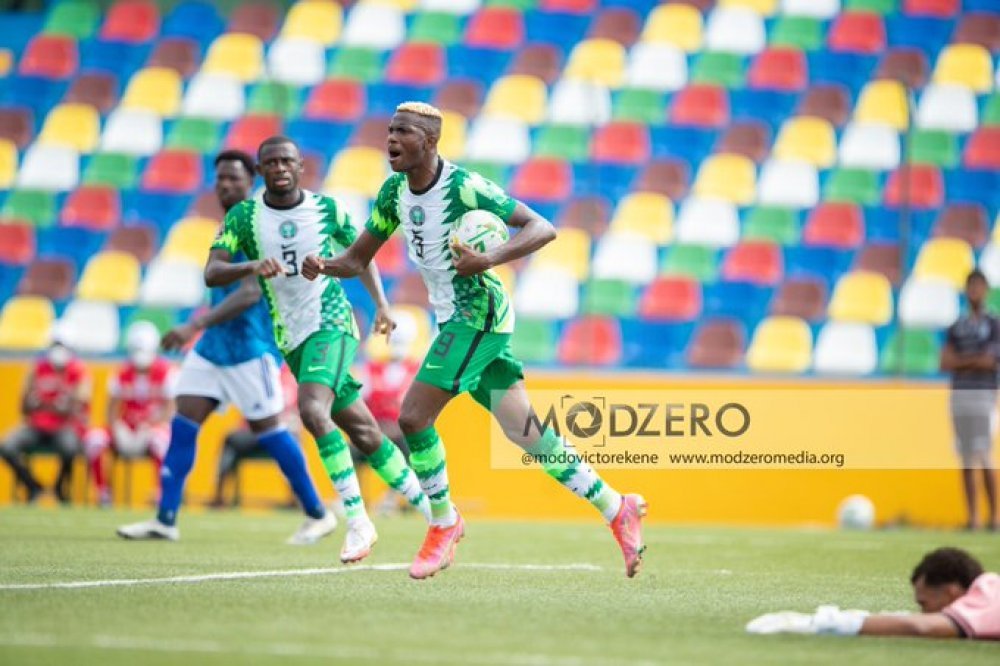 Nigeria’s Super Eagles on Tuesday in Mindelo, Cape Verde defeated 2-1 to maintain their lead in Group C of the 2022 FIFA World Cup qualifiers.

It took the Nigerian senior male soccer team just minutes to absorb the shock of falling behind the hosts.

Dylan Tavares scored in the 19th minute of match day 2 game at the Estádio Municipal Adérito Sena before the Super Eagles rallied.

Napoli striker Victor Osimhen raised Super Eagles level in the 29th minute, before an own goal from Kenny Santos in the 75th minute gave Nigeria victory.

See also  Train Attack: We Don't Know How Many People Died or Were Kidnapped But We Know It Will Cost N3b To Repair It - Seun Kuti Reacts To Amaechi's Interview

Following Friday’s 2-0 win over Liberia’s Lone Star in Lagos, the Super Eagles now have the maximum number of points from two games.

Their next match in qualifiers will be against the Central African Republic (CAR) in October.

Below is the current standings of the group, after two matches of each of the four teams: