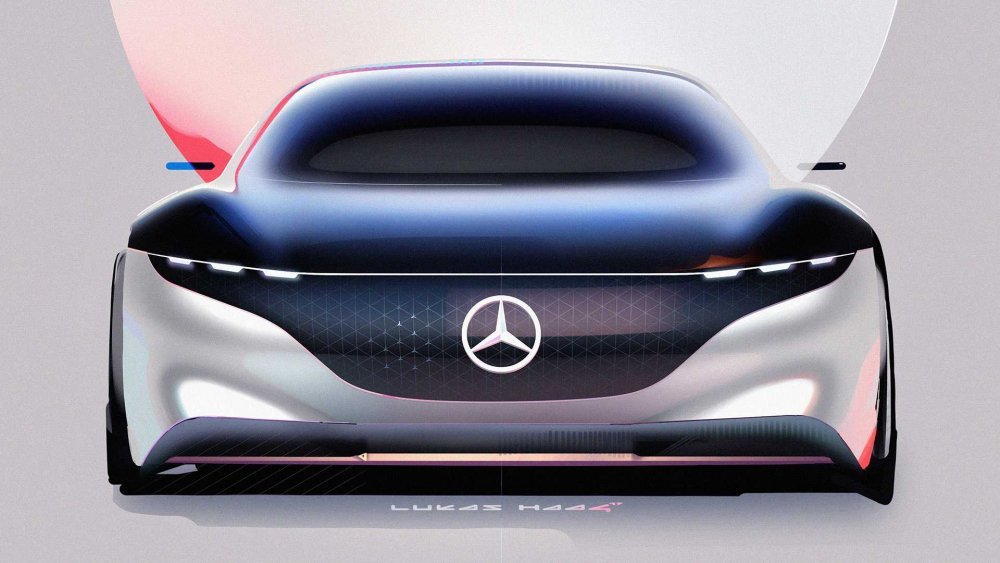 Mercedes-Benz has transformed the Odeonsplatz in Munich (central Munich) into a live art site ahead of the biannual 2021 Munish Auto Show (IAA Munish) taking place from 7 to 12 September with a floating sculpture made of recyclable fibres.

The art site was created by American artist Janet Echelman and the cool looking structure was called “Earthtime 1.26 Munich”, it explores the interconnected networks of our world and it is constantly changing and shaped by natural forces.

“Earthtime 1.26 Munich” is considered large enough to cover the city’s monumental square, approximately 24 meters (79 feet) long, 21 meters (66 feet) wide and 16 (52 feet) high. It is made from recyclable fibres, which are woven like a fishing net and are considered to be up to 15 times stronger than steel by weight. But that doesn’t mean the structure is heavy. 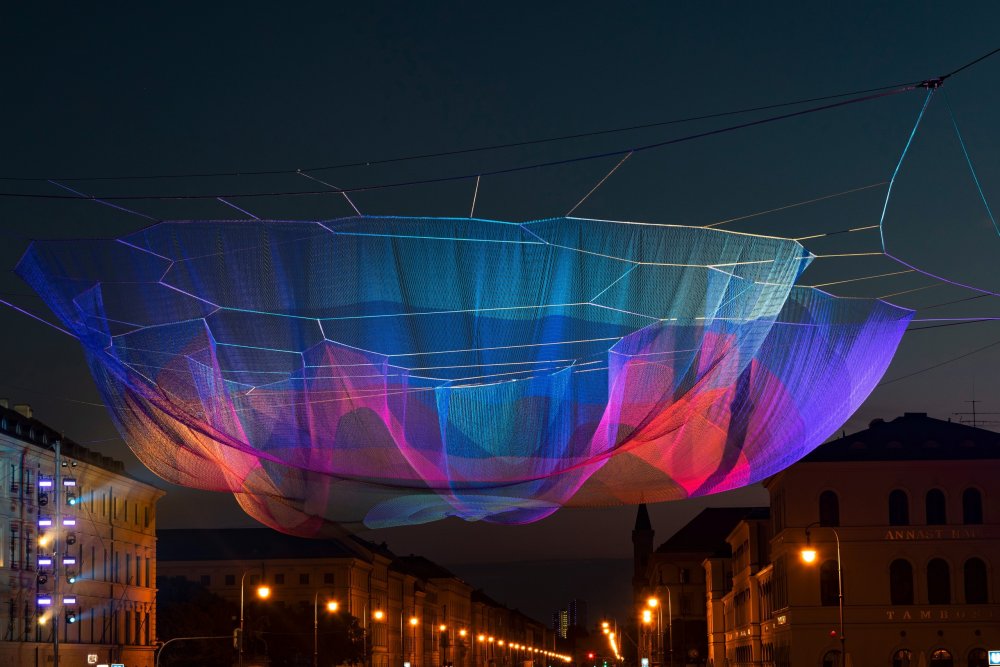 The cool looking structure is actually very light. So light that wind, rain and light can move and transform the net, which is constantly in motion. This movement causes it to change shape and color, turning it into a show for the spectators.

The 3D effect was influenced and was considered to be the effect of the ocean surface after an earthquake. This is why it is named after the 2010 Chile earthquake that shortened the Earth by 1.26 microseconds.

Located opposite Mercedes-Benz’s Studio Odeonsplatz, the artwork is best viewed at night when colored LED lights transform it into a floating, luminous galaxy. The statue will breathe new life into the Odeonsplatz in early October. 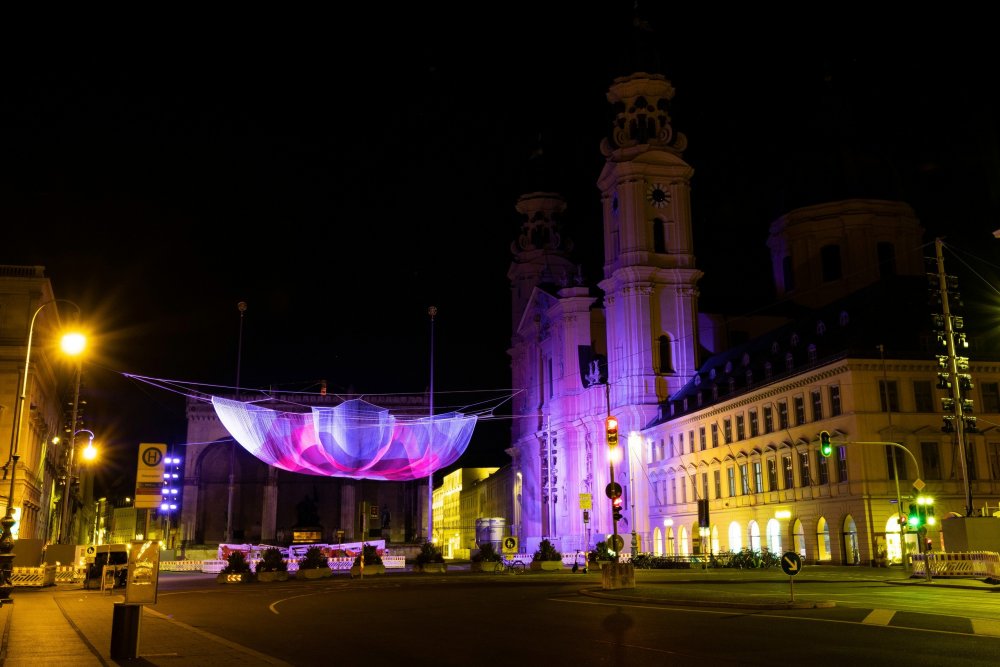 It will float in the air during the fair over the brand’s exhibition space on Odeonsplatz, which will be exclusively dedicated to sustainable solutions for the future of mobility. With the artwork “Earthtime 1.26 Munich”, Mercedes-Benz hopes to build a bridge and provide both visitors and residents of Munich access and knowledge of art.

Vice President Mercedes-Benz Cars & Vans Own Retail Europe, Katrin Adt said: “The art installation embodies the current zeitgeist and offers a space for meeting and interaction. It symbolizes a change in the interaction with nature, similar to the transformation process in the car. -industry .”

See also  Apps That Consume Your Data and How To Stop Them
Tags: art live MercedesBenz Munich site transforms