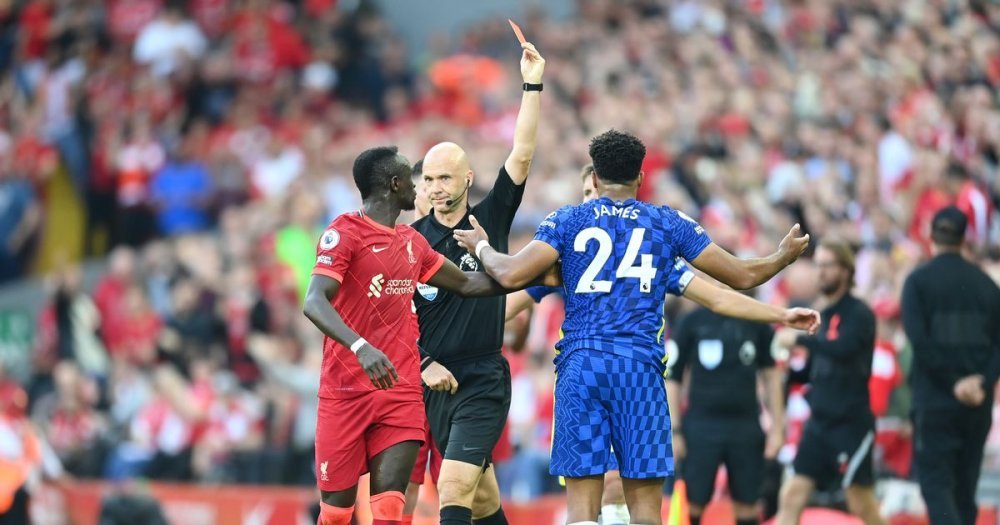 Chelsea coach, Thomas Tuchel says he is no longer aware of red card rules after Reece James sacked in the first half the blues wait a second a 1-1 draw of Liverpool on Saturday.

The London side was reduced to 10 men when the England international was sent off by referee Anthony Taylor just before half-time after a VAR check on an intentional handball in which the fullback made contact with his upper arm following the ball from his hand. leg bent.

However, Tuchel’s men managed to cling to a point at Anfield after Mohamed Salah’s subsequent penalty overturned Kai Havertz’s opener, but the coach says he remains confused about the legitimacy of James’ departure.

“The red card – I don’t even remember if it’s the rules or not,” said the German tactician. BBC Sports.

“You have to accept the decision. He might have changed his mind with moving images.

“In the end it might have stayed the same. I generally don’t like early red cards because it spoils the game. In the end it was a hard fight. We showed a lot of resilience and deserved the point.”

“We decided to stick with a back five. We wanted to stay active and make it difficult to create chances. The first 10 minutes seemed endless. The last five minutes I was actually praying that we would take what we deserved. , but a very strong second half defensively.”