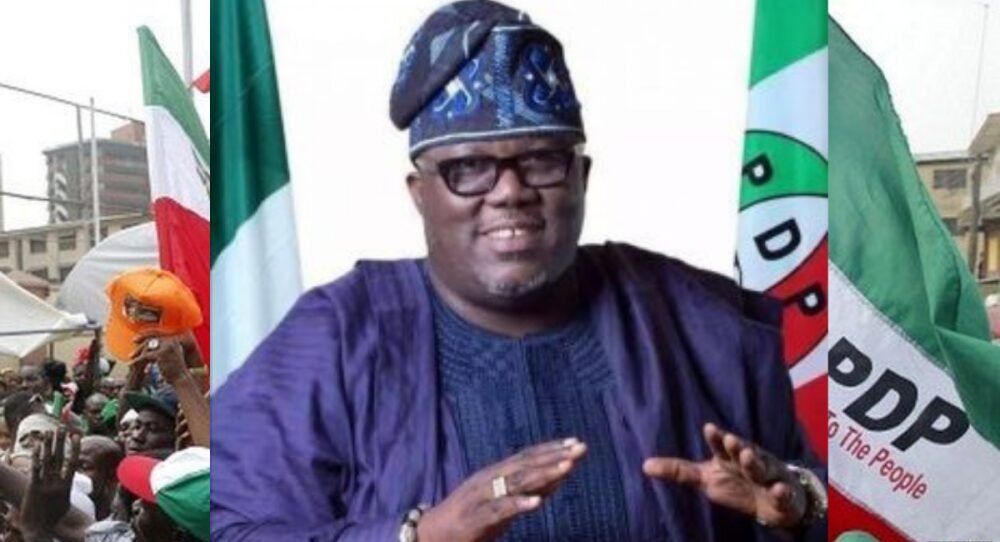 Speaking to journalists on Friday (today), Adedeji would not run for a second term in office.

“I will remain in PDP but will not run for a second term as president of the PDP Lagos State,” he said in a statement.

“My experience as chairman over the years has been eventful and has taught me more about life, especially as it relates to my relationship with God.

“I’m staying out of the race as a sacrifice I have to make to create the emergence of a new team of administrators; those who I believe should ultimately bring some semblance of peace and unity to the party,” he said.

Doherty denounced numerous periods of crisis within the party, as well as the sudden deaths of key members of the party.

Doherty said his political career had been satisfying in the only party he had ever joined, the PDP.

He was once the Southwest’s zonal finance secretary, organizing secretary, and later acting vice-chairman of the Southwest zone, before becoming chairman in November 2019.

He expressed his appreciation to all loyal executive members, the Local Government Chairmen’s Forum and various leaders and party members at the respective levels of the party structure for their support.

Doherty praised all members for the tolerance and patience shown during his tenure.

He urged the party’s key stakeholders to join the ranks and show more love to its teeming members.

Doherty advised stakeholders to believe in themselves when it comes to resolving internal disagreements, rather than expecting partisan conflicts to be resolved by leaders from other states.

“It is really embarrassing as party leaders and elders in Lagos State that we cannot resolve our disagreements internally and amicably without the intervention of external bodies.

“This should not have happened at all if we as leaders had put the party first before considering our personal interests,” he stressed.

The chairman also called on the party’s national leaders to lead by example by taking decisive disciplinary action across the country against erring members, as stipulated in the party’s constitution.

Although such an action, according to him, may have a short-term setback, it will certainly have a long-term positive effect on the psyche of members.

Doherty advised everyone to extend the olive branch, ensure forgiveness and togetherness, love and embrace them as members of one large indivisible political family.

Crystal News reports that the PDP state convention will be held in September.