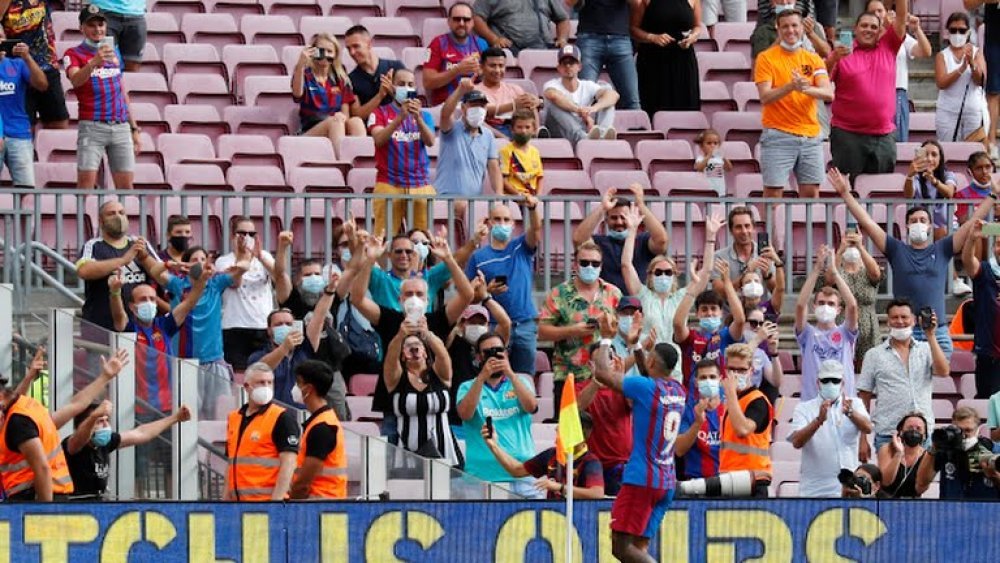 Barcelona dug deep on Sunday for a narrow 2-1 win over Getafe in the Spanish top flight, with Dutch striker Memphis Depay winning.

Getting used to life without superstar Lionel Messi, Barcelona have seven points from three games along with Real Madrid, Sevilla, Valencia and Mallorca.

However, champions Atlético Madrid could lead by nine points later on Sunday if they beat Villarreal at home.

Barcelona got off to a fast start when Roberto pushed into a Jordi Alba cross in the second minute at the Camp Nou.

But Getafe did not succumb and Sandro Ramirez scored a nice shot after a quick one-two in the 18th minute.

Dressed all in black, Barca boss Ronald Koeman made a nervous figure on the sidelines as he pointed and shouted instructions, while Frenkie de Jong and Sergio Busquets commanded the midfield.

De Jong then provided the killer pass for the winner.

Depay timed his run perfectly and fired a low drive from the left side of the six-yard box home to give Barca the lead again on the half hour mark.

Depay was the closest thing to a goal late with an acrobatic volley, but the former Manchester United and Lyon attacker now has two goals and an assist from three Liga games.

“Psychologically it’s a big step forward for us, we were under pressure, but persevered even though it bothered us,” Koeman said. “We kept the line further forward.”