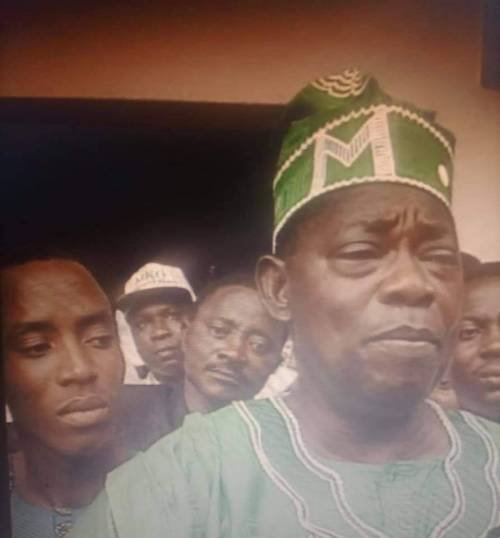 Human rights activist Omoyele Sowore recounted his first face-to-face meeting with Chief Moshood Abiola, popularly known as MKO Abiola, and why he chose to assist the politician on August 29, 1993 after the annulment of the June 12, 1993 presidential election by the military junta led by Ibrahim Babangida.

Sowore, who was a student leader during the political struggle that followed the annulment, recalled Sunday how he bravely encouraged Abiola exactly 28 years ago and told him to ignore politicians who urged him to give up the June 12 mandate, despite the obvious win the elections.

He said: “The real story: In his sprawling living room on Toyin Street in Ikeja, we were led to a meeting of politicians who held a ‘strategy session’ to ask MKO Abiola to complete his challenge against General Ibrahim Babangida and his military cohorts. ​after they annulled Nigeria’s freest election on June 12, 1993. I was clearly the “poorest” person in the room on that fateful day (I was wearing flip flops).

“It was the first time I met Chief Abiola in person, but he recognized me and said, ‘Oh student leader, welcome to our gathering, what should we do now that my friends have canceled the people’s mandate?

“I quickly took the opportunity to taunt the incumbent politicians. I told Chief Abiola that his real enemies are in the room with him and they were just collecting his money, but not fighting to restore his mandate. Chief Abiola felt uneasy and tried to change the subject by praising my organizational efforts in fighting for the reinstatement of his June 12 mandate. He quickly carried a huge bag of cash and gave our team N800,000, saying that it was a sign for our ‘transport’.

“I politely declined the cash grab and jokingly told him we weren’t coming to visit him in a jumbo jet at first, so the issue of a jumbo transport fund won’t arise, in fact I doubt the SUG (Students’ Union Government) bus we took there was worth N300,000 in those days, I was determined to tell him that our fight was not for him and our fight was not for him but for the future of Nigeria.

“The National Association of Nigerian Students (NANS) didn’t even believe in Babangida’s transition program, but our stance on democratic rule was sacred, hence our stance on the criminal annulment of the June 12 elections.

“After doing my little damage to the greedy politicians in Abiola’s living room (remember many of them clinging to cash collected from Abiola there), our team decided to leave, but something rare happened, Chief Anthony Enahoro who also the attendees got up angrily and told Chief Abiola that he would also leave that he shared the position of the students. In a split second, Abiola got up and decided to escort us to our bus, a decision that stunned his guests left behind.

“When we got outside, ChannelsTV owner John Momoh and one of his reporters, Kingsley Uranta, were outside waiting for an interview. Now you’re ready to fight, I’ll be behind you!”