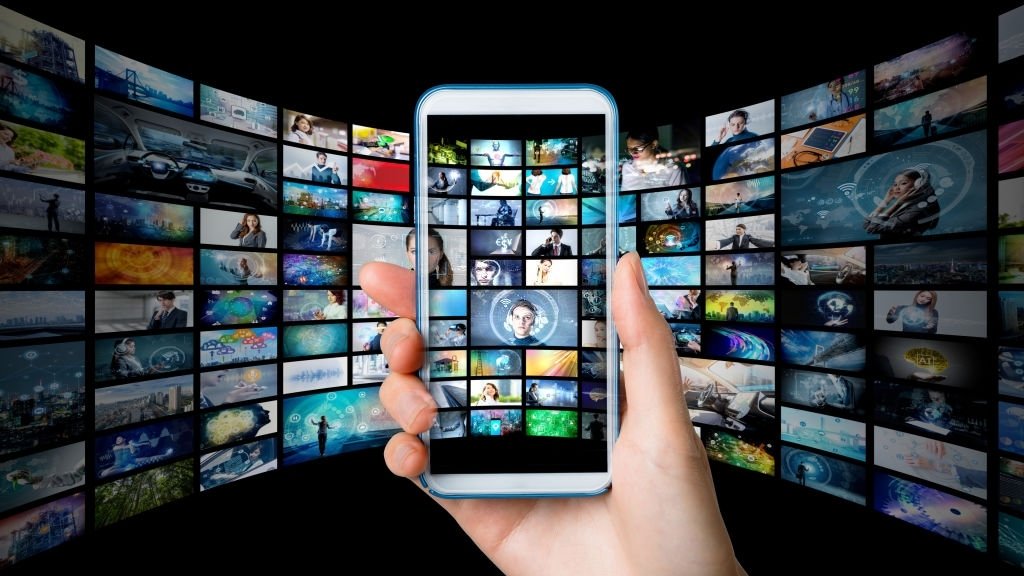 Do you want to connect your phone to tv? if yes, you can cast your Android phone or tablet’s screen to a TV via Google Cast, screen mirroring, a third-party app, or link it with a cable. There are times when you look at something on your phone and want to share it with the room or just see it on a bigger screen. Users with Android devices have a variety of options, including built-in features, third-party applications, and wired connections. Let us take a look at the options on how to connect your phone to tv, from the easiest to the most difficult.

How to cast android phone or tablet screen to tv

Screen mirroring is best for apps that don’t contain protected content or do not officially support streaming content. To be able to use this feature, you still need a compatible Chromecast or Smart TV, and then you can connect it to the Google Home app. After adding the target device to Google Home, open the app and tap the plus sign (+) in the upper left corner to add devices as needed. 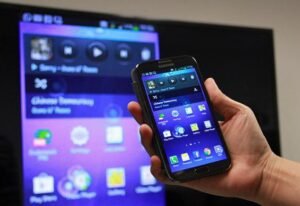 Otherwise, click on the device you want to stream to, and then click; drop my screen and the phone screen is on the TV. When finished, click Stop Copy in the application. Some Fire TV and Roku streaming media devices also support screen mirroring, but please contact Amazon and Roku respectively to ensure compatibility with your specific device. Screen mirroring support varies from manufacturer to manufacturer, as this feature was introduced in Android Lollipop version 5.0. Many phones have a broadcast button in their phone settings or in their drop-down menus. Samsung phones have a so-called Smart View, which is used to connect to mobile devices and exchange data

If you have a Chromecast dongle or smart TV with Chromecast built-in support, here is what you will do to connect your phone to tv. Firstly check to see if the app you want to watch on the TV supports streaming. In this case, you can send content from your phone to the TV with just a few clicks. Compatible applications include Netflix, Hulu, HBO Now, and Google Photos, but many applications are already installed on your Android TV or Chromecast and Google TV. Also make sure your device is connected to the same WiFi as your Chromecast or Smart TV, then click the square icon in the app. 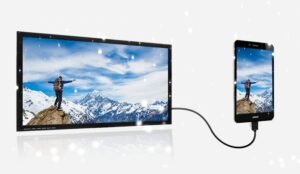 3. Connect with cable or an adapter

If you don’t have a Chromecast compatible device, use an HDMI cable and adapter to connect your phone to TV and mirror what’s on your screen. There are several options here, and which one you choose depends on the type of screen you are connecting to, how long, and most importantly, whether or not you need to charge your phone while doing so.

The easiest option is a USBC to HDMI adapter. If your phone has a USB-C port, you can plug the adapter into the phone, and then plug the HDMI cable into the adapter and connect it to the TV. If your adapter does not have a charging port, this method will occupy your charging port. If you have an older micro USB port, you need a micro USB to HDMI adapter. This method requires your phone to support another protocol called MHL. If you have a compatible phone, plug it into the adapter, then plug in the HDMI cable and connect it to the TV.

If the above options don’t work for you, most Internet-connected TVs support a streaming protocol called DLNA, which allows you to stream your own music and videos to your TV. Note that Netflix and any DRM content is not supported here. Fortunately, this will still cover almost all you might want to send from your phone to your TV. 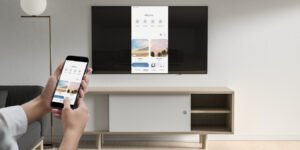 LocalCast is a simple and free application that allows you to stream music, photos, or videos to DLNA devices, such as smart TVs or consoles. It also supports streaming to the target Chromecast device, which is useful when you want to share files on the TV without full-screen mirroring. The app will even allow you to stream from Google Drive, Dropbox, and other websites.

AllCast is also similar to LocalCast, but you will need to upgrade to the premium version in order to remove ads. The popular Plex media management application also functions similarly to DLNA streaming, albeit in a less straightforward way. Your computer’s Plex server can host music, photos, or videos and stream them to your TV. You can make use of the mobile app to browse your media library, select media to stream, and stream to TV via Chromecast or DLNA.

The downside to using the Plex app is that the computer you set up your server on has to be turned on and connected to the internet every time you want to stream your files. However, with Plex, you can host media files that are much larger than mobile phones.

These options on how to connect your phone to tv, from the simplest to the most complex solution will help you when you look at something on your phone and want to share it with the room or you feel like watching it on a bigger screen. Therefore you can cast your Android phone or tablet’s screen to a TV via Google Cast, screen mirroring, a third-party app, or link it with a cable.