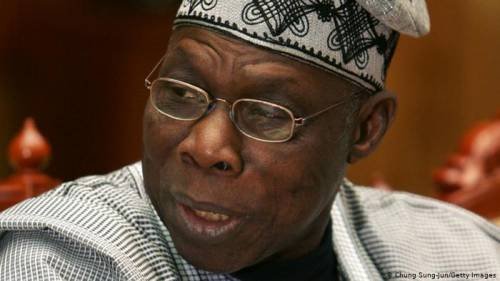 Former President Olusegun Obasanjo has described the death of elder statesman Ahmed Joda, who passed away Friday at the age of 91, as “heartbreaking”.

In a statement on Friday signed by his media assistant, Kehinde Akinyemi, Obasanjo said the late Joda had been his friend for about 60 years.

The ex-president explained that the late former Federal Permanent Secretary of the Ministry of Information saved Nigeria’s unity shortly after the 1966 coup, when others insisted that Nigeria collapse.

Obasanjo described Joda as “not just any Nigerian, but a true and great Nigerian, committed to unity, development and progress of the country”.

“Oh! What heartbreaking news, that my friend has passed on to the great afterlife for over 60 years. If every Nigerian has the qualities of Joda, Nigeria will have been better than what it is now.

“Ahmed Joda didn’t have to tell you by his facial features that he’s a Fulani man, but in all I know he did, he didn’t just live like a Fulani man, he lived, he worked and he worked like a real Nigerian. There aren’t many like him, and that’s what has strengthened our relationship since 1959,” Obasanjo is said to have said.

He said they met when he was a second lieutenant in the Nigerian army and Joda a deputy chief information officer in the federal government service.

Obasanjo recalled that the efforts of Joda and his other super-permanent secretaries, as they were fondly called in the then civil service, saved Nigeria in 1966.

According to the former president, “I know that if it weren’t for people like Joda and other Senior Permanent Secretaries, as they were called Super Permanent Secretary, at that time, after the second revolution of 1966, after the first revolution, we would have broken Nigeria into pieces Because Araba was out to divide Nigeria.

“But it was Ahmed Joda and other super-permanent secretaries (senior officials) such as Philip Asiodu, Liman Ciroma and Alison Ayida who ensured that Nigeria was not broken up.

See also  Nigeria ranked among the countries least prepared for…

“You have done your best to work with me on the progress and program of the Olusegun Obasanjo Presidential Library. You did your best to become Chancellor of Bells University. We love you, but God loves you most. Rest permanently in the bosom of Allah,” Obasanjo added.