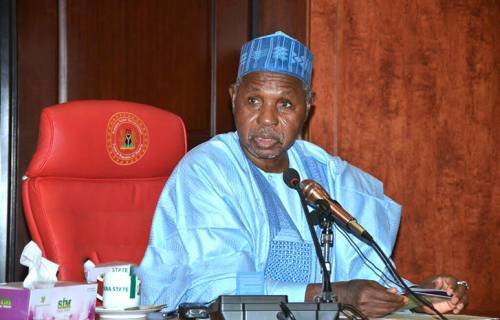 The Indigenous People of Biafra (IPOB) has stated that the call by the state governor of Katsina, Aminu Masari, for the inhabitants of the state to bear arms to defend themselves against the murderous bandits, has justified its leader, Nnamdi Kanu.

The group stated that Kanu’s main mission was to warn the Nigerian people of their defenses against bandit attacks – a quest that led him to form the Eastern Security Network, the militant wing of IPOB.

IPOB also urged the governors of the Southeast region to take in Masari’s bold move by instructing residents to carry weapons against invaders.

This is stated in a statement from the group’s Media and Publicity secretary, Emma Powerful, obtained by SaharaReporters on Saturday.

Masari had urged the people of the state to help themselves against looters, according to a statement from his director general for media, Abdu Labaran Malumfashi, on Tuesday.

In response, the IPOB statement reads: “The attention of the indigenous people of Biafra (IPOB) has been drawn to the appeal of Katsina State Governor Masari, who urged the residents of the state to acquire weapons for self-defense against the rampaging Fulani Bandits in the State.

“This appeal by the governor of Katsina State has vindicated our leader Mazi Nnamdi Kanu, who has consistently advised Nigerians and especially Biafrans to defend themselves against the jihadist Fulani terrorists.

“This is an appeal to the governors of the Southeast who do not understand the tactics and tricks Fulani is playing in their desperation to conquer and Islamize the indigenous people of Nigeria. The politically correct Southeast governors and political elite must stop living in the past. They’d better wake up from their slumber and decipher the obvious signals of Masari’s call.

“Let the Nigerians prepare as the much-discussed Fulani agenda is about to be fully implemented. Kanu warned Nigerians, but they called him a terrorist instead of praising him.

“However, we can assure them that they will not succeed in the land of Biafra. We are willing to fend off Fulani in their quest to take over our ancestral land. IPOB is peaceful, but they must not challenge us or use our peaceful disposition for weakness.”