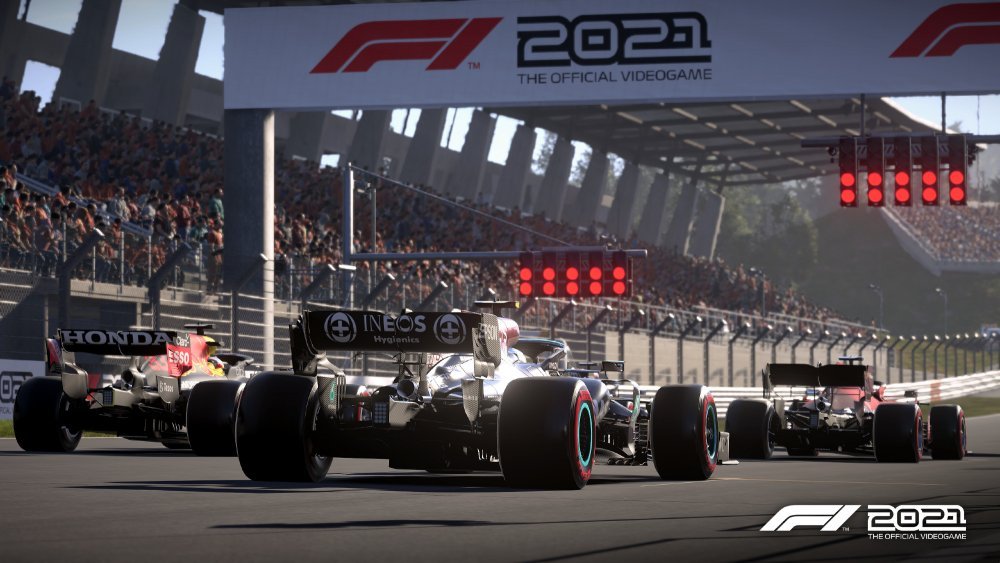 EA’s popular F1 racing game franchise launched on July 16 for PS4, PS5, Xbox One, Xbox Series X|S, and PC, and the launch came with quality graphics, simple instructions for better episodes, and at a better time.

The recently released next-gen consoles gave the series the chance to use better technology than ever before. Formula 1 has become extremely popular in recent years, especially here in the United States, thanks in part to the Drive to Survive series on Netflix.

The 2021 F1 game is more fun than the previous parts. This is a great new entry into the series and easily one of the most realistic racing games on the market.

The use of tools and features taken from next-gen consoles complements all the unique gameplay options with a stunning visual.

Every track is realistic, from the mountain slopes to the grit of the asphalt. The cars look smooth as the wind around the different tracks and move as if they were watching a race on TV.

And the PS5’s DualShock 5 controllers add another layer, making the different terrains feel unique as your tires roll over them. The triggers work much more like accelerator and brake pedals than in years past because the pressure you apply really makes a big difference.

F1 2021 is the total package, a day 1 purchase for racing fans that is sure to win over newcomers with ease. This is about as realistic as you can get for a console racing game, but don’t let that put you off.

The 2021 F1 is a racing game based on the popular real-life sport of Formula 1, where players go to some of the most iconic racing tracks around the world to compete in various event games and it is easy to understand. The sport is incredibly entertaining as the tracks are difficult to navigate and virtual racing is a bit challenging.

This game doesn’t shy away from the tricky aspects of Formula 1 racing – it embraces them. Using your brakes and steering to navigate the tracks effectively takes some practice, especially if other racing games have taught you to go full throttle as often as possible. Fortunately, although there is a learning curve, F1 2021 has a host of customizable difficulty settings that really allow you to bring the game up to your level. Almost everything can be customized, not to let you win every race, but to make sure you have constant fun instead of just getting frustrated.

The 2021 F1 game installment is innovative for a sports game when it comes to new game modes as the game is designed for everyone to enjoy and has a wide range of settings. Every racing game has a pretty standard career mode, but F1 2021 takes it a few steps further.

The Braking Point mode in F1 2021 is a narrative story full of different characters and storylines, spanning a number of Formula 1 seasons. Everything you do fits into the story, and the game won’t let you underperform and move on to the next event, ignoring a bad outing like other sports franchise modes often do. Each race has a goal that you must complete before continuing. The story itself is engaging and interesting, creating characters and relationships that keep you engaged from start to finish.

It’s also worth noting that Braking Point delves into the core of racing and doesn’t stick to just winning a championship. Winning doesn’t look the same to everyone in motorsport, and it’s great that Braking Point is putting an emphasis on that. It could take a little longer, but the ending leaves plenty of room for possible continuations via DLC.

In addition to Braking Point, F1 2021 will also have a standalone career mode that ties in with other games. You create a driver, try to earn a place in a team, and build yourself to eventually become the best. What makes this interesting is that it comes with a two-player career option so you can run through the gauntlet of Formula 1 with a friend and choose to become teammates or opponents as your career progresses.