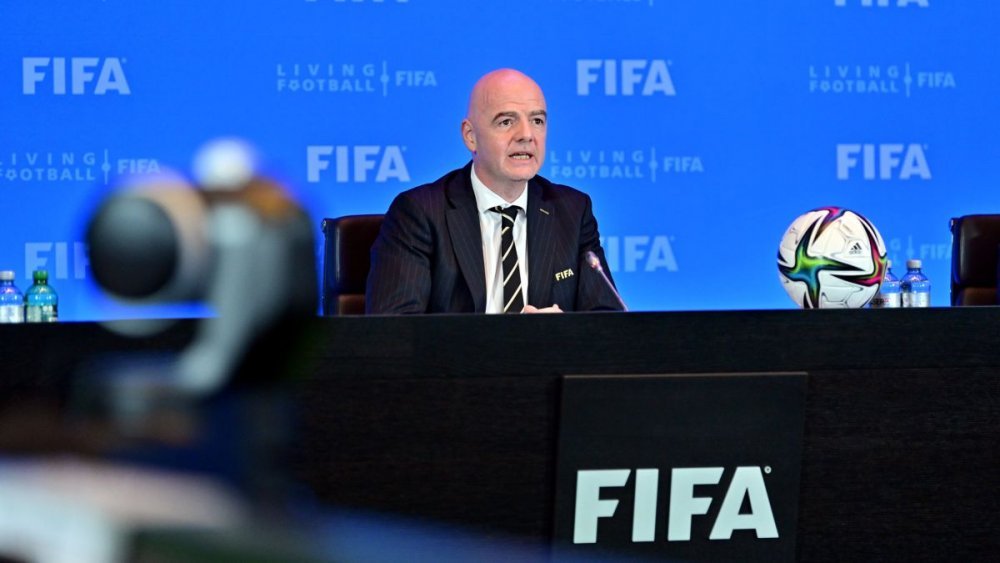 In the recently released FIFA rankings, Belgium remains at the top of the list, with Euro 2020 champions Italy and winner of the Copa America, Argentina moves up the rankings, but Nigeria drops 2 positions to 34th on the list.

It has been a busy week for the football world. With UEFA EURO 2020, the Copa America 2020, the Concacaf Gold Cup 2021, FIFA World Cup Qualifiers Qatar 2022™ and continental tournaments, as well as friendlies all on the slate, no fewer than 348 international encounters have taken place since the last edition of the FIFA/Coca-Cola Men’s World Ranking has been released.

There is therefore a lot of movement in the standings, although Belgium managed to keep its first place despite being eliminated in the quarter-finals of the European Championship.

? #FIFARanking rewards all round for the various continental champions?

Argentina (6, +2) reaped the benefits of a triumphant Copa America campaign, as the two Gold Cup finalists pushed into the top 10. Victorious in that tournament and winners of the Concacaf Nations League, the United States (10, +10 ) climbed a staggering ten places, eight more than Mexico (9, +2), which, despite losing in the finals of both competitions, is now one spot above their continental rivals. 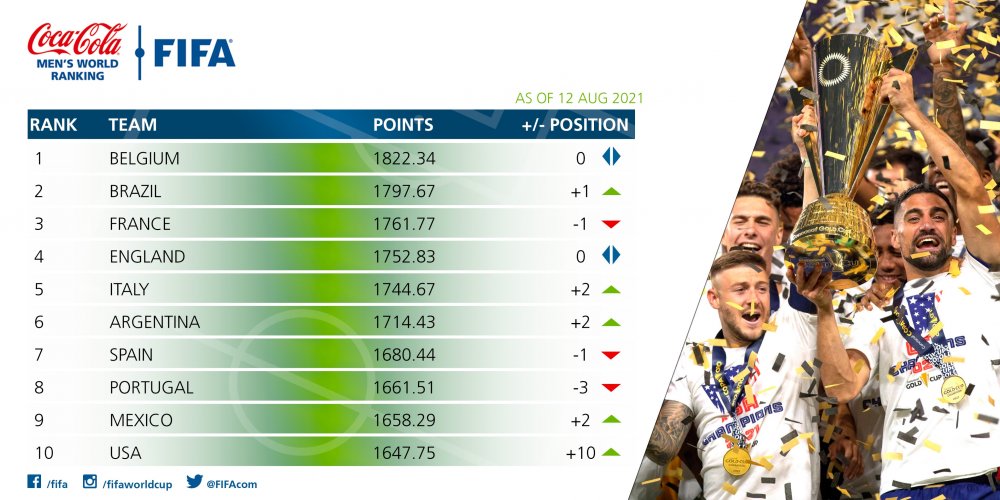 Nigeria lost its 32nd position to the African country of Morocco and dropped to 34th place, but ahead of Australia, the Republic of Korea and Hungary.

In addition, it is worth noting the impressive progress made by Gold Cup invitees Qatar (42, +16), who reached the semifinals in the US, recording the biggest ascent of the month and their highest position ever in the ranking, which dates back to the first edition in 1993.