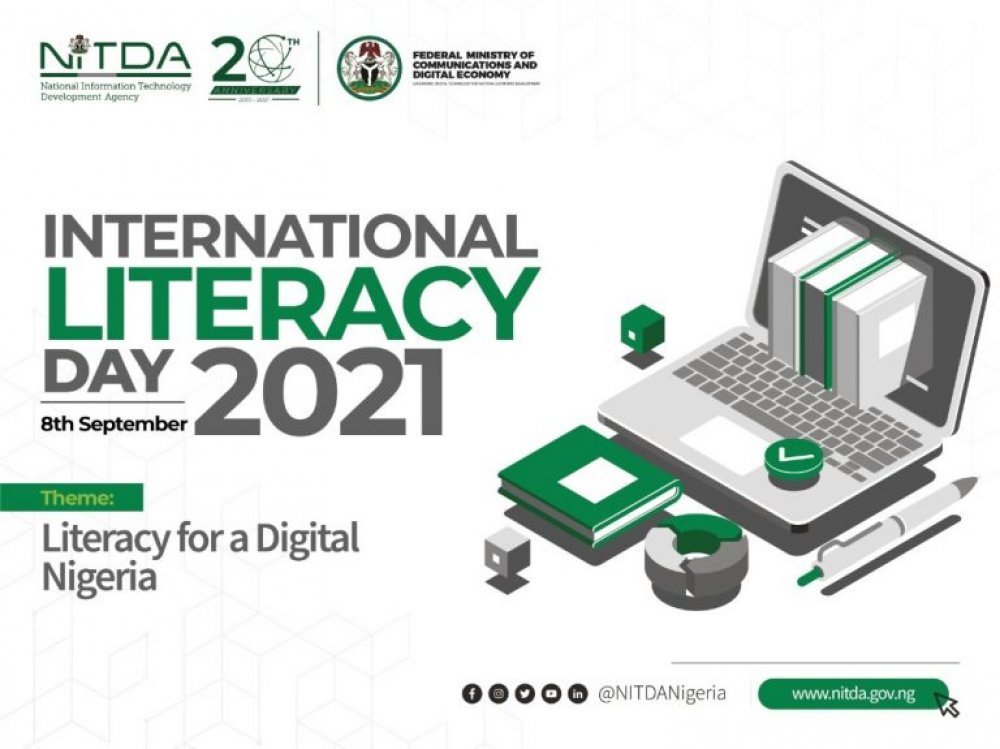 The Federal Government (FG) on Wednesday called on young people to engage in continuous learning of digital skills to be relevant in the post-COVID job era and the digital world.

Prof. dr. Isa Pantami, Minister of Communications and Digital Economy, made the call during the virtual launch of Batch 11 of the Digital States program, which coincided with the International Literacy Day (ILD) celebrations.

Organized by the National Information Technology Development Agency (NITDA), the Digital States program and ILD had the theme “Literacy for a Digital Nigeria”.

Founded by the United Nations Educational, Scientific and Cultural Organization (UNESCO) in 1967, ILD was established to remind the public of the need for literacy as a matter of dignity and human rights.

The day was also intended to advance the literacy agenda towards a more literate and sustainable society.

The program had 6,625 youth from single states of the country’s six geopolitical zones.

Represented by Bitrus Nabasu, permanent secretary of the ministry, Pantami said that literacy was the ability to learn, but the meaning had evolved over time.

He said that literacy is an essential part of development in any sector, while digital literacy was the acquisition of skills needed in the IT world, such as on internet platforms, for social media among others.

He also said that emerging technologies, such as artificial intelligence, robotics, 5G networks and 3D printing, are advancing digital literacy hence the need to keep learning.

“Learning is a continuous process and you have to keep learning, unlearning and relearning your digital skills to be relevant in the digital world.”

He reiterated that the DPO aims to achieve 95 percent digital literacy among citizens by 2030 and was involved in several projects and training to build human capacity to accomplish the agenda.

Pantami said more than 400,000 officials had been trained, various groups in 36 states of the federation that focused on digital marketing, content creation and other areas.

He added that the ICT sector had contributed greatly to the growth of the country’s gross domestic product and that the FG’s projects would foster innovation, create jobs for the youth and promote digitization.

However, he advised the youngsters that digital literacy was an interception of problem-solving skills and online responsibility and that they should try to join the idea.

NITDA Director General Kashifu Inuwa said the agency takes digital literacy seriously because it is one of the pillars of the National Digital Economy Policy and Strategy (NDEPS).

Inuwa also said the Agency was building human capacity to develop basic skills in citizens, develop competencies and talent that can be expanded to serve other African countries.

He said the Batch 11 of the Digital States program would focus on enabling participants’ production tools, digital content creation and digital marketing.

Inuwa recalled that in 2020 Microsoft predicted that about 800 million jobs would disappear after the COVID era due to automation and other digital services.

He urged program participants to build competence in digital skills for relevance.

Ola Williams, Microsoft’s Country Director, said it was time for the youth to develop skills that would help them seize opportunities in the global marketplace.

Williams also added that their participation helped the country bring digital innovation to the world.

Segun Ajayi, an Oracle representative, said the organization was working seriously with the DPO to train university students in digital skills in the first phase of the program.

Ajayi added that it would continue all its support for the growth of the national digital economy program.

Delegates from the geopolitical zones expressed their enthusiasm for the program and hoped it would train them to be productive in their endeavours.

The first batch of the program had more than 2,000 participants from across the country.