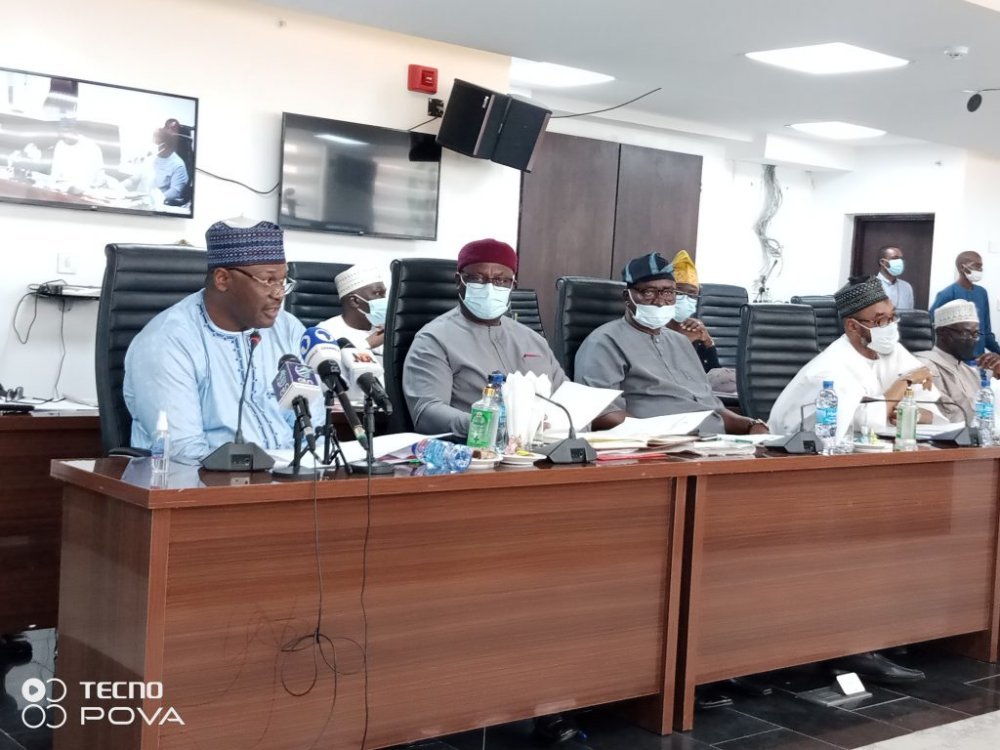 The federal government says it will not allow any group or individuals to interfere with the smooth conduct of elections in the country.

Retired Major General. Babagana Monguno, National Security Adviser (NSA), stated this during the meeting of the Inter-agency Consultative Committee on Election Security (ICCES), organized by the Independent National Electoral Commission (INEC) in Abuja on Thursday. Monguno, represented by Sanusi Galadima, said the government would not abdicate its constitutional responsibility to safeguard lives and property.

“With the widespread security threats posed by several dissident separatist groups in the southern region of the country, who seek to halt the government’s efforts to achieve national cohesion and undermine democratic processes in the country.

“The Federal Government of Nigeria will not tolerate any group or individuals who intend to hinder the smooth conduct of elections.

“While citizens’ constitutional rights are recognized to freely express their legitimate grievances within the scope of the law, it is also important to state that the government will not waive its constitutional responsibility to safeguard lives and property, as well as a safe environment for citizens to pursue their legitimate livelihoods,” Monguno said.

He said it would ensure robust commitment before, during and after the poll, in fulfillment of the NSA’s office’s mandate.

He said this was intended to counter threats and ensure a peaceful conduct of the elections, particularly the Anambra governorship poll on Nov. 6.

Monguno praised all ICCES members, especially INEC, for the successful conduct of the recent by-elections in constituencies across the country.

“This is in addition to ongoing reforms to reposition the electoral process to deepen the country’s democracy.

“The successes achieved in the recent by-elections in constituencies across the country are due to synergy between INEC and ICCES members and other stakeholders.

“We hope to consolidate the same in the next poll,” Monguno said.

The INEC chairman, Prof. Mahmood Yakubu, said the main focus of the meeting was the election of the governor of Anambra on Nov. 6.

Yakubu, who was pleased that attacks on INEC facilities had abated since June, said the commission was working to replace all items lost during attacks on office facilities in Anambra.

“As you know, our office in Awka has been attacked, causing extensive damage to the building and destruction of critical facilities for the election, including ballot boxes, polling booths, vehicles, power generators and various non-election sensitive materials.

“I am pleased to report that we have made an arrangement to replace all lost movable materials.

“In the same way, we are making efforts to rebuild the physical facilities that will be completed before the elections,” Yakubu said.

He stated that INEC plans to introduce a new technology for voter accreditation during the elections in Anambra, the Bimodal Voter Accreditation System (BVAS).

He said BVAS has the capability for both fingerprint and facial biometric accreditation.

He also said INEC had made an arrangement to test the new device in Delta’s Isoko South I State constituency on Saturday.

He said that if successful, the device would be used for the elections in Anambra and subsequent elections.

Yakubu praised the security forces for their continued support for the elections and the electoral process in Nigeria.

“INEC looks forward to increased support to ensure it delivers another credible election for Delta’s Isoko South I constituency on Saturday,” he said.