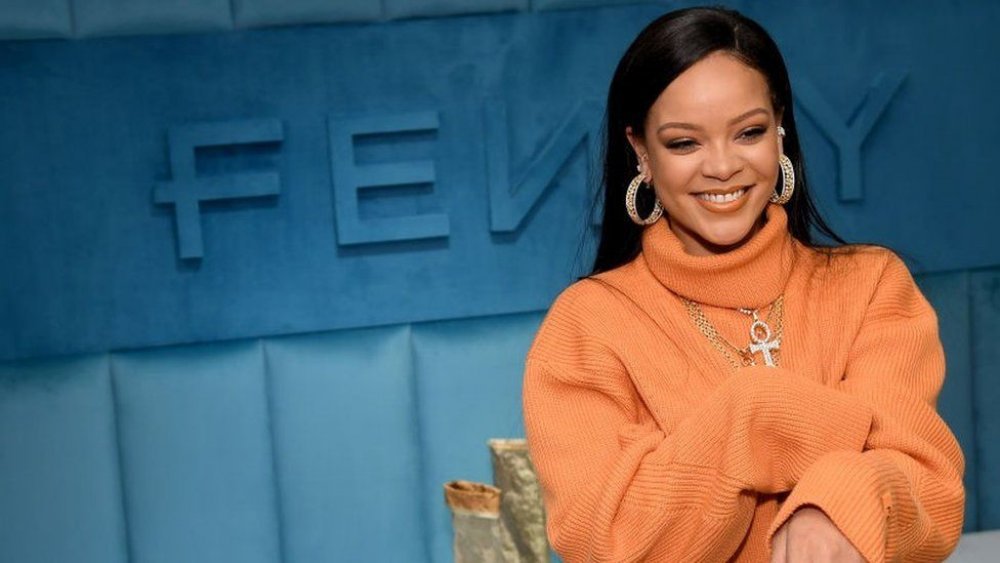 A widespread ‘news’ that started circulates online since at least August 7, world-famous Barbadian singer, Rihanna, has claimed that she is originally Igbo. A particular viral post on the Nigerian newspaper’s verified Facebook page, Daily times, has been shared over 1,700 times. 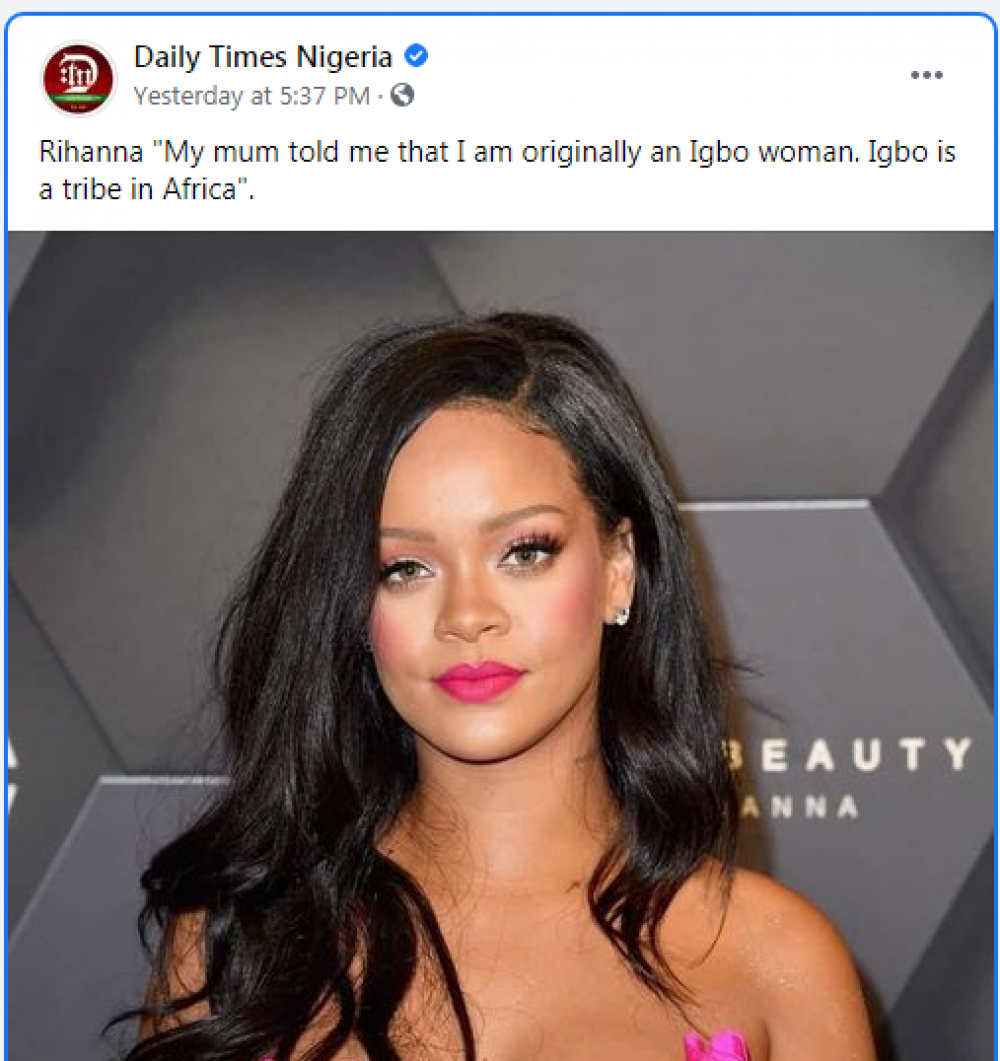 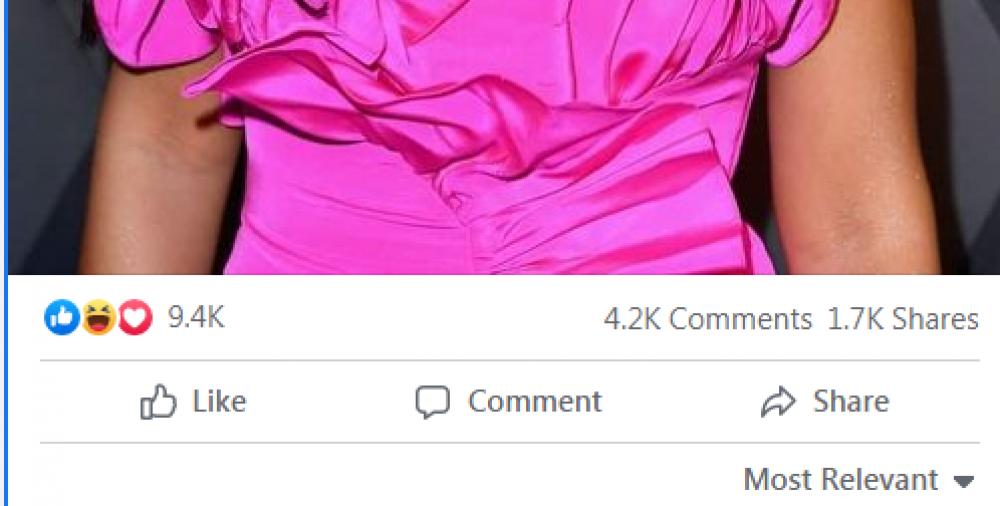 Who are the Ibo or Igbo people?

Igbo people are natives mainly located in present-day South Central and Southeastern Nigeria. Ethnic Igbo populations are also found in Cameroon, Gabon, and Equatorial Guinea, as well as outside of Africa.

Robyn Rihanna Fenty, popularly known as Rihanna, who recently officially become a billionaire, is one of the best-selling music artists of all time. She is also engaged in acting.

The pop and rhythm and blues (R&B) musician who became a global star in the early 21st century is known for her distinctive and versatile voice as well as her fashionable looks.

The singer-turned-businesswoman rented and owned homes in California (US), England, New York (US) and Barbados (country in the Caribbean). Those areas have been her territory throughout her adult life.

See also  BBNaija 2021: Why I Chose Queen as Deputy - WhiteMoney

The claim in its accuracy reads as follows: “My mother once told me that my ancestry came from Igbo Africa.” She was quoted as having said this “in a new video”.

Another version reads: “My mother told me that I am originally from Igbo, Igbo is a tribe in Africa.”

The claim, published on blogs and shared by social media users on Facebook and Twitter, can be found here, here, here and here.

But did Rihanna say this? All the news account.

First of all, no video was found of Rihanna uttering those words.

There was a mention in the mainstream media, but none of the reports have a good reference.

Although this ‘news’ about Rihanna linking her lineage to Igbo appeared in a prominent Nigerian newspaper, the nation, the newspaper ran the news just like other blogs – no reference.

Every single “news” about “Rihanna-Igbo” found online does not detail when, where and on which platform the 33-year-old is said to have made the statement. This is often a warning that a claim posted online is inaccurate.

Separate from the nation, no credible news organization (local or international) reported about the global superstar saying such a thing, as you’d expect if it were true.

There is no evidence that Rihanna said she is originally Igbo.

What we know about Rihanna’s ancestors

Rihanna is multiracial. Her mother, Monica Braithwaite, is Afro-Guyanese and her father, Ronald Fenty, is from Afro-Barbadian and British Isles (known as “Redlegs” in the Caribbean).

All the news recalls that in an interview with T: The New York Times Style Magazine in 2019, the pop star touched on her heritage.

“In my own household, my father is half black, half white,” Rihanna had said. “My mother is black from South America. I saw diversity. That’s all I knew.”

Lionel, who? came to Guyana in a ship from Barbados he was working on had a chance meeting in 1955 with 17-year-old Guyanese fruit seller Clara.

Rihanna’s Paternal Grandfather, Forde Reginald Leslie, was African-Barbadian. Rihanna’s paternal grandmother, Fenty “Betty” Elizabeth, is white, has Scottish, English and Irish ancestry. “Betty” is the daughter of Stanley Fitzherbert Fenty and Hilda Olga Coppin. Her parents were born in Barbados. The surname Fenty is mostly Scottish and the surname Coppin is mostly English. “Betty” comes from a family of “Red Legs”, descendants of slaves from the British Isles who were sent to Barbados.

Before Forde Reginald Leslie, he was the son of Helen Forde. Helen was the daughter of Joseph Nathanael “Joe” Forde and Louisa Jane Bascom.

You can find a chart of Rihanna’s family tree here. Screenshot below: 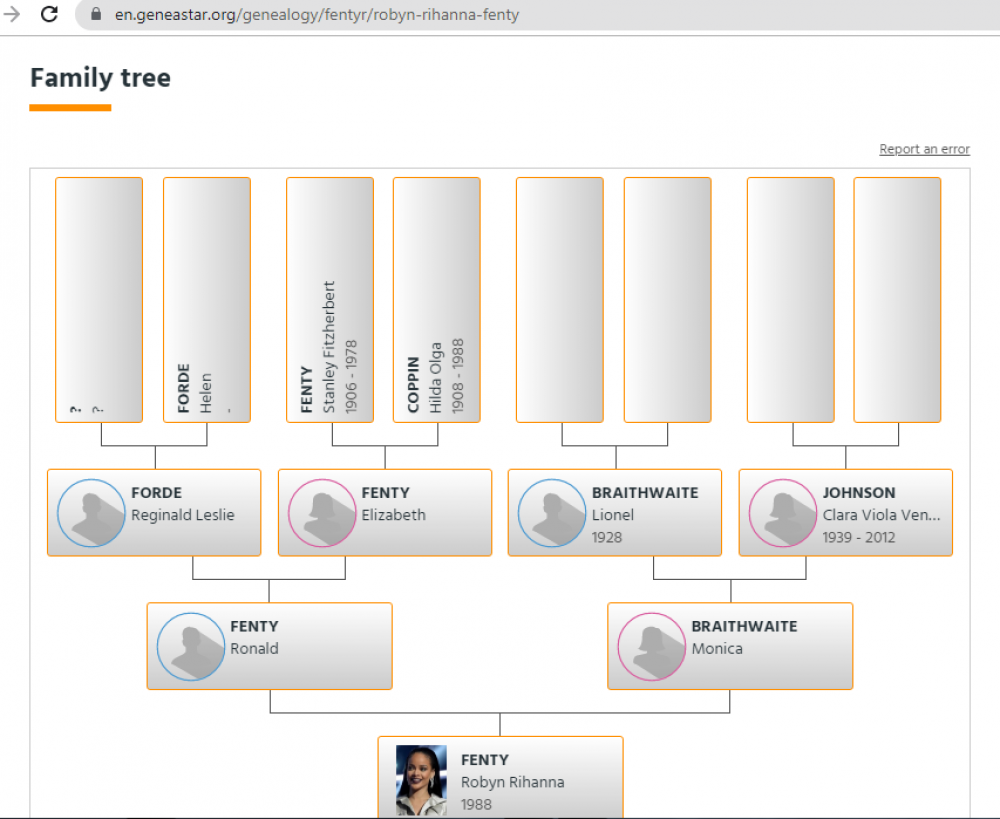