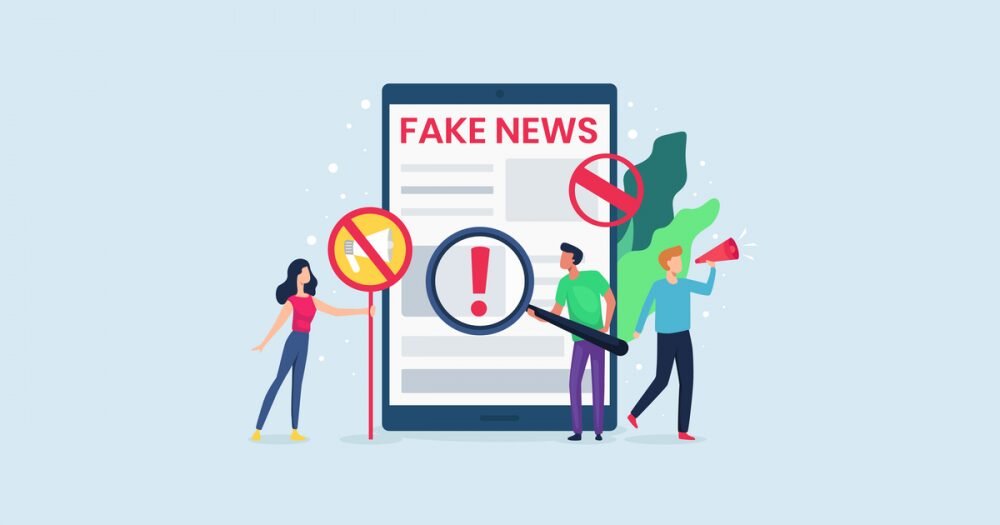 facebook, Big Cabal Media and Comic Republic have announced the launch of #NoFalseNewsZone, a campaign aimed at minimizing the spread of fake news in Nigeria

Facebook said in a statement on Wednesday that #NoFalseNewsZone is an educational campaign aimed at helping people identify false news and informing them of the actions to be taken to minimize its spread in Nigeria.

Oluwasola Obagbemi, Facebook’s Corporate Communications Manager for Anglophone West Africa, said: “We are committed to the well-being of individuals and communities using our platforms and we take responsibility for minimizing the spread of false news.

Obagbemi said Facebook was delighted to partner with Big Cabal Media and Comic Republic to launch #NoFalseNewsZone in Nigeria.

“As part of the campaign, Big Cabal Media and Comic Republic also joined the conversation to raise awareness among Nigerians about how to identify and report fake news online beyond a conceptual level,” the manager said.

Aladekomo said the consequences of false news were distressing and especially painful for those who were victims.

“Big Cabal Media is passionate about connecting people to accurate news sources and is excited to partner with Facebook on its #NoFalseNewsZone campaign,” said the CEO.

“I am excited to partner with Facebook, a company that has taken the bold step of using the longest and most relevant art form to tell the story of misinformation to bring about the desired attitude change.

Comic Republic has since used comics to shine a light on issues like social injustice, online safety and domestic violence.

“We’re excited to be collaborating on art for a good cause and can’t wait to show you what we’re working on,” he said.

According to the statement, Facebook has also started the 2021 edition of its “secure online forum” in Nigeria, bringing together teachers, parents and other key education stakeholders to discuss ways to promote and improve online safety and digital literacy for young people. guarantee.