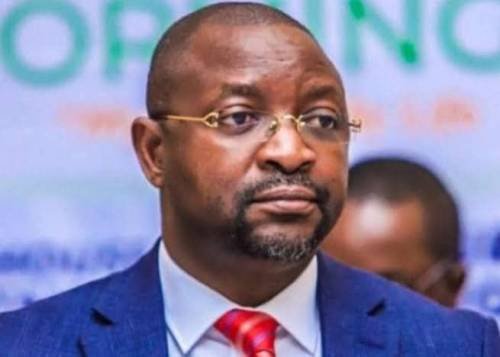 The crisis in the Ministry of Youth and Sports Development has taken a new turn as the former technical director of the Athletics Federation of Nigeria (AFN), Adeleye on Sunday petitioned the Independent Corrupt Practices and Other Related Offenses Commission (ICPC) to impeach the minister. investigations , Sunday Dare, including for alleged violation of the Public Procurement Act.

In another petition to the ICPC, Adeleye called for an investigation by the secretary general of the AFN for alleged misconduct and mismanagement of funds.

Two petitions have been written against Dare, dated July 30, 2021 and addressed to the ICPC chairman.

One of them is titled ‘Petition Against The Hon Minister of Youth and Sports Development Over Gross Breach of the Public Procurement Act 2007 (PPA)’.

It read: “We are compelled to draw your attention to the impunity with which the Public Procurement Act 2007 (PPA) was violated by Mr Sunday Akin Dare, Hon. Minister of Youth & Sports Development at the award of a contract to AFA Sports.

“In preparation for Team Nigeria’s departure to the 2020 Tokyo Olympics, the Federal Ministry of Youth and Sports Development (FMYSD), under the direction of Mr. Sunday Dare, awarded a contract for the supply of sports uniforms to AFA Sports without taking into account the Public Procurement Act.

Many Nigerians were outraged by the organization and management of athletes and others during the Tokyo Olympics held in Japan this year.

First, there was the embarrassment to see 10 athletes disqualified from the country for administrative incompetence by Nigerian officials.

Then one of Nigeria’s medal hopes, Chukwuebuka Enekwechi, who made the shot put final, shared a video of him washing his competition jersey before his next outing, writing, “When you made the Olympic final, but you only have one jersey.”

A faction of the AFN, led by Shehu Gusau, had signed a contract with Puma to supply equipment to the Nigerian team going to the international event.

However, the Ministry of Youth and Sports Development refused to allow Team Nigeria to be worn in the Puma clothing, as it was not aware of the agreement signed with the kit manufacturer.

The ministry alleged that Gusau, and a former AFN technical director, Adeleye, refused for five years to disclose the contractual agreement they allegedly signed on behalf of AFN without appealing to the board of directors.

But Adeleye insisted the federation had an existing contract with Puma.

The second petition against Dare is titled: ‘Petition against the Honorable Minister of Youth and Sports Development with double application, approval and release of funds in favor of the Nigerian Basketball Federation (NBBF)’.

It alleged that Dare was duplicating a contract awarded by a former youth and sports development minister, Solomon Dalung.

It read: “As part of our business, we came across documents related to the application, approval and release of funds of approximately N2 billion in favor of the Nigeria Basketball Federation (NBBF).

“The background to the story is that Barr. Solomon Selcap Dalung, former Hon. Minister of Youth and Sports Development, sometime in 2019 before the dissolution of the Federal Executive Council (FEC), where he served during Mr. President, filed an application regarding the NBBF.”

It claimed there was an “application for the sum of N1.6 billion” to enable the ministry to fund some activities.

On August 10, 2021, Adeleye also petitioned the ICPC in a letter titled “Letter of Petition Against Adisa Adeniyi Beyioku for Gross Misconduct and Mismanagement of Athletics Federation of Nigeria (AFN) Funds.”

The petition read: “We are compelled to bring to your attention the gross misconduct and mismanagement of public funds perpetrated by one Adisa Adeniyi Beyioku.

“The Ministry of Youth and Sports Development claimed that he is the Secretary General of the Athletics Federation of Nigeria (AFN) ahead of the athletics team’s preparations for the 2020 Olympic Games in Tokyo.

“Our attention was also drawn to a press release on August 6, 2021 entitled: ‘THE FEDERAL MINISTRY OF YOUTH AND SPORTS DEVELOPMENT (FMYSD)’ and SIGNED BY DR. SIMON EBOHJAIYE AG DIRECTOR, FEAD where specific clarifications have been made regarding the kits for Team Nigeria until the Tokyo 2020 Olympics.

See also  Fire those responsible for the disgrace in Tokyo - Stakeholders

“Paragraph 3 of the press release specifically stated that the ministry provides financial support to each sports federation as needed. It is therefore the responsibility of each national sports federation to provide this competition clothing to the athletes and officials of their team.

“Mr. Adisa Adeniyi Beyioku is the custodian and accounting officer of all the funds requested, using the name AFN to apply through the Federal Ministry of Youth and Sports Development. We think he got money too. The disclosure from AG director, FEAD, categorically stated that financial support had been provided to equip the athletics team at the 2020 Tokyo Olympics.

“It was disheartening and a national disgrace to see Nigerian track and field athletes given only one pair of jerseys during the Tokyo Olympics, forcing them to wash the clothes every day before the next competition. This is after the AG of the ministry. The director claimed that all necessary funds to equip the athletes were provided to support track and field athletes as requested by Adisa Adeniyi Beyioku.

Adeleye was fired in November 2019 by Sports Minister Dare.

His removal was stated in a letter addressed to the chairman of the AFN, Shehu Gusau.

The letter from the Ministry of Youth and Sports Development stated that Adeleye’s resignation had been ordered by Dare, alleging he had been removed for alleged gross misconduct.