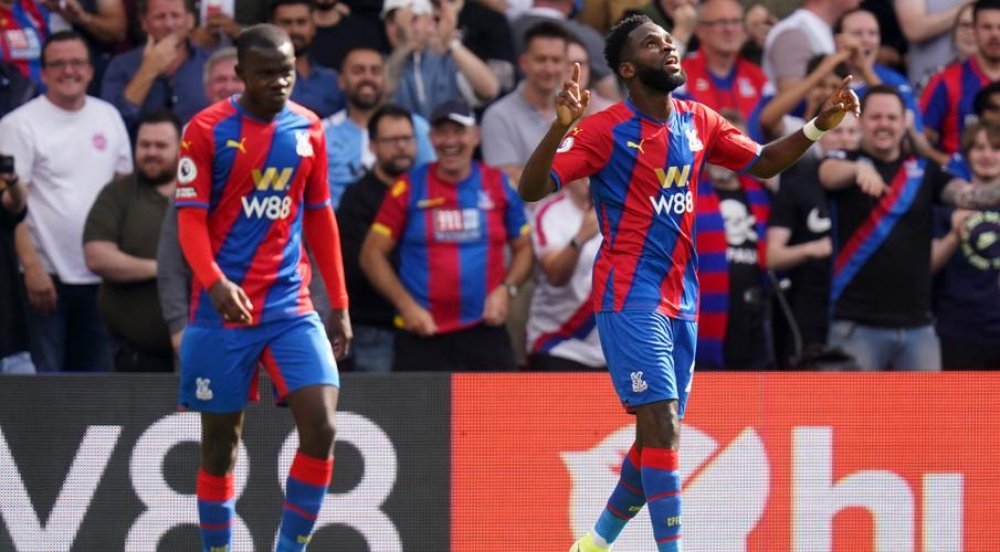 Crystal Palace ended the perfect start to the 10-man Premier League season with Tottenham, when Wilfried Zaha’s penalty and a late double from debut Odsonne Edouard sealed a 3-0 victory over the woeful leaders on Saturday.

Nuno Espirito Santo’s team had Japhet Tanganga sent off the field twice in quick succession for two bookings in the second half at Selhurst Park.

Zaha made sure Palace took advantage of their numerical superiority when he scored from the spot on Ben Davies’ handball.

Edouard came off the bench to round out the points with two goals on his debut following his £15million transfers from Celtic in August.

Tottenham had started a league campaign for the first time in their history with three wins and three clean sheets.

See also  Doctors told me it was a miracle I survived - J...

But the North Londoners couldn’t extend that run because they paid the price for a lackluster showing.

It was a beautiful moment for Patrick Vieira as the former Arsenal midfielder secured his first win as Palace boss at the expense of his old club’s arch-rivals.

Vieira, who lost only two of his 18 league games to Tottenham as a player, had not won any of his first four games in all competitions since he succeeded Roy Hodgson at Palace.

Tottenham were far below their best without Son Heung-min after the South Korean forward suffered a calf injury while on international duty.

Dier was clattered by Palace striker Jordan Ayew as the pair battled to achieve a weak rollout from Tottenham keeper Hugo Lloris.