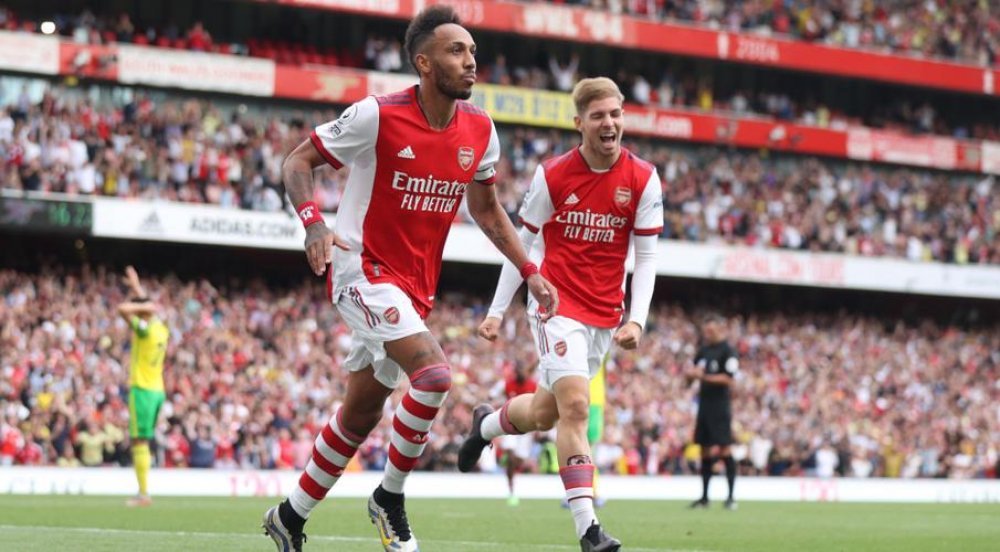 Arsenal eased the pressure on besieged manager Mikel Arteta and took their first Premier League win of the season on Saturday after Pierre-Emerick Aubameyang defeated Norwich 1-0.

The Gunners’ 66th-minute winner released the tension that was bubbling up at the Emirates Stadium and lifted his team off the foot of the table.

Arteta – who had reportedly been given four games to save his job after Arsenal’s worst start to a league campaign in 67 years – revealed that the international break was one of the most educational periods of his career.

“We had to suffer, but I knew if I won the game it would be. After three defeats it gets complicated,” he told the BBC.

“I have to say it was the best 10 or 14 days of my professional career – not the easiest, but the best.

“They were ready to suffer today, but they give, give, give to the team. Today and last week everything slipped together.”

Arsenal came in at the bottom of the game’s league table, below 19th place Norwich thanks to goals scored after falling back to three consecutive defeats and not scoring any goals before the international break.

An outbreak of the coronavirus and injuries to key players including Aubameyang, Alexandre Lacazette and Martin Odegaard had exacerbated Arteta’s woes.

A disappointing start to the season came despite the Premier League spending the most money in the summer transfer window, with nearly £150 million ($208 million).

Arsenal have not played in the Champions League since 2017 and last season failed to qualify for Europe for the first time since 1996.

Despite that drop, an upbeat atmosphere saw home support lift before kick-off as news of Tottenham’s 3-0 defeat in north London to Crystal Palace trickled in.