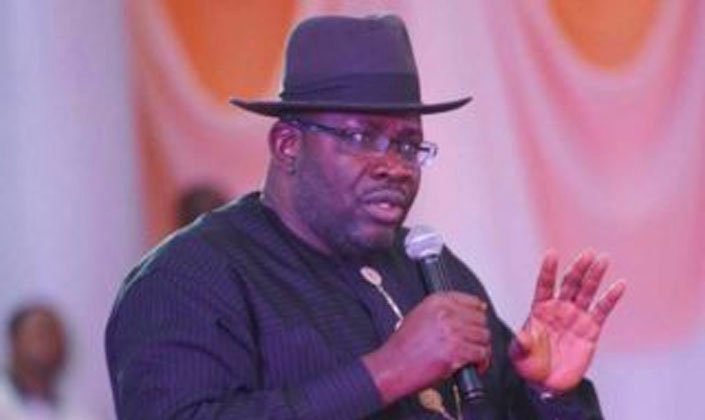 Former Bayelsa state governor and the legislator representing Bayelsa West’s senatorial district, Seriake Dickson, has defended the national chairman of the People’s Democratic Party, Uche Secondus, alleging that some opposition party leaders are attacking him, causing confusion in the cause party.

Warning that the situation could spell the demise of the PDP, Dickson called for an emergency meeting of the party’s National Executive Council, following the mass resignation of members of the National Working Committee on Tuesday.

Dickson made the call in a statement released Wednesday entitled ‘PDP cannot afford the grave danger of a janitor commission – Dickson…Attempt by a few people to hijack party will lead to implosion’.

Seven members of PDP’s NEC had resigned from office on Tuesday.

In their separate letters of resignation, the party officials cited “ill-treatment” by Secondus as the reason for their actions.

However, Dickson, who chaired the PDP reconciliation committee from 2013 to 2020 and chaired the PDP governor’s forum, also called on the governors on the party’s platform to close ranks.

He said: “We have seen for some time the growing tension, reproach and outright attacks on the National Chairman and members of the National Working Committee by some leaders of the party.

“They have refrained from making statements because we believe the party has internal mechanisms and leadership levels that will deal with it and I was in fact aware that BOT members, governors and other elders, the Reconciliation Committee, collectively and individually , efforts have been made to resolve some of these disputes and challenges that affect the stability of the party.

“As we all know, some officials of our party resigned yesterday and we have to thank them for their services, but if their resignation is intended to cause a crisis in the party, then we should have those and those behind it.” condemn all.”

According to the legislature, the PDP’s constitution authorizes the NWC to make substitutions. He therefore called on Secondus and other members of the NWC to immediately and appropriately consult the states and zones from which those who have resigned, and subject their replacements to ratification by the NEC.

Dickson added: “An emergency meeting of the NEC should be called to make the right decisions to stabilize the party. And if there is a member of the working committee who wants to resign, such a person should consider the general interest of the party and reconsider.

“However, if an NWC member proceeds to resign, the resignation must be accepted and the Chair and the NWC must consult to fill those positions as temporary vacancies, subject to ratification.

“The National Chairman and NWC members should use their powers under the Constitution to discipline errant members involved in the nefarious plan to destroy the party. PDP is greater than any individual and should no longer tolerate people with excessive ambitions to destroy the party that belongs to all Nigerians. Ambitious people should know that unless the party is stabilized and strengthened, their ambition will have no effect, even if they pocket it.”