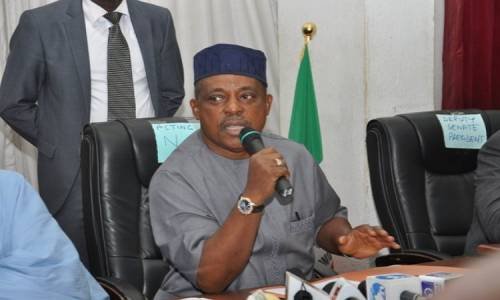 Justice Nusirat. I. Umar, a vacation judge of the Kebbi State Supreme Court on Thursday, ordered Prince Uche Secondus to return to his position as national president.

Injunction in a lawsuit brought before her in Birnin Kebbi, the state capital, in a KB/AC/M case. 170/2021, Judge Umar said she was pleased after reading the respondents’ affidavit that a preliminary injunction should be issued on the alleged suspension of Prince Secondus pending the decision of the case.

Three involved members of the party, Yahaya Usman, Abubakar Mohammed and Bashar Suleman are the plaintiffs/applicants in the case, while Prince Secondus and the PDP are the defendants/respondents

Secondus and the PDP are respectively the first and second defendants in the claim pending in court by three plaintiffs and party members; Yahaya Usman, Abubakar Mohammed and Bashar Suleman.

Recall that Judge O. Gbasam of the Vacation Court of the Degema Judicial Division, based in Port Harcourt, Rivers State, issued an interim injunction that prevented Secondus from setting himself up as chairman and member of the PDP.

This was a follow-up to an ex parte application in Suit No. PHC/2183/CS/2021 filed by Ibeabuchi Alex, Dennis Amadi, Emmanuel Stephen and Umezirike Onucha against Secondus and the PDP.