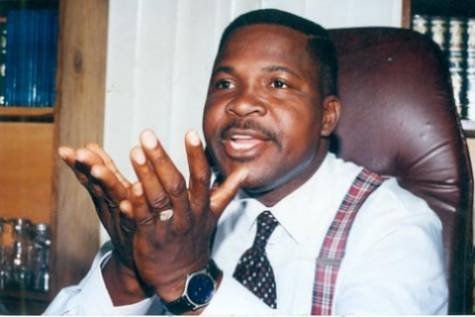 Human rights lawyer Mike Ozekhome has interpreted the Abuja Court of Appeals ruling in favor of the Rivers State government, saying that the state government must collect value added tax (VAT) as opposed to to the federal tax authorities. (FIRS).

Recall that the Nyesom Wike-led government of Rivers State is at odds with the country’s federal tax authority, FIRS, which until now had the constitutional authority to collect VAT from businesses.

A federal supreme court (FHC) in Port Harcourt had ruled on August 10, 2021 that Rivers State must collect sales tax in the state, but the appeals court asked both sides on Friday to maintain the status quo that the majority had deemed in favor of to be FIRS.

However, Ozekhome argued on Saturday that the Court of Appeal’s latest ruling on the case upheld the Federal Supreme Court’s ruling.

This was stated in a statement titled, “FIRS & Rivers State Government: Who Should Now Collect VAT?” made available to SaharaReporters on Saturday.

The human rights lawyer clarified that the existing law was that Rivers had overpowered FIRS to collect VAT, and should be maintained as such until the higher court decides otherwise.

Ozekhome said: “The Court of Appeals, Abuja Division, has just ruled that both sides maintained the status quo in an appeal filed by the FIRS against the judgment of the FHC, Port Harcourt, ratifying the Rivers State Act. which allowed the Rivers State Government to collect VAT, unlike the FIRS which had previously collected VAT.

“Clearly, the status quo was ante bellum before the outbreak of hostilities. Hostilities erupted when the FIRS sued the Rivers State government, arguing that it cannot collect VAT under its law.

“The said law has already been duly passed and made operational by Rivers State House of Assembly, which has the constitutional authority under Article 4 of the Constitution to do so.

“The FHC, Port Harcourt, Rivers State, had previously ruled that it was the Rivers State Government that had the power to collect VAT, not the FIRS.

“So the law was in effect before the FIRS challenged the validity of an FHC ruling, PH, that gave the Rivers State Government the power to collect the VAT.

“So the status quo is that it is the Rivers State government that has the power to collect VAT, until the appeals court perhaps rules otherwise and overturns the FHC ruling.

“However, the Court of Appeal has ruled that all parties to this case (including the FIRS, the Attorney General of the Federation and the Lagos State Government wishing to join must maintain the status quo, in order to preserve the res and prevent the FHC judgment from being adversely affected.

“Therefore, in order to avoid unnecessary bickering and unnecessary head-on clashes between the Attorney General of the Federation, the Federal Government (which owns the FIRS) and the Rivers State Government in a matter already brief, I will recommend that both the state government and the FIRS should both suspend hostilities for the time being and maintain the status quo until the Court of Appeal rules definitively on the matter.”