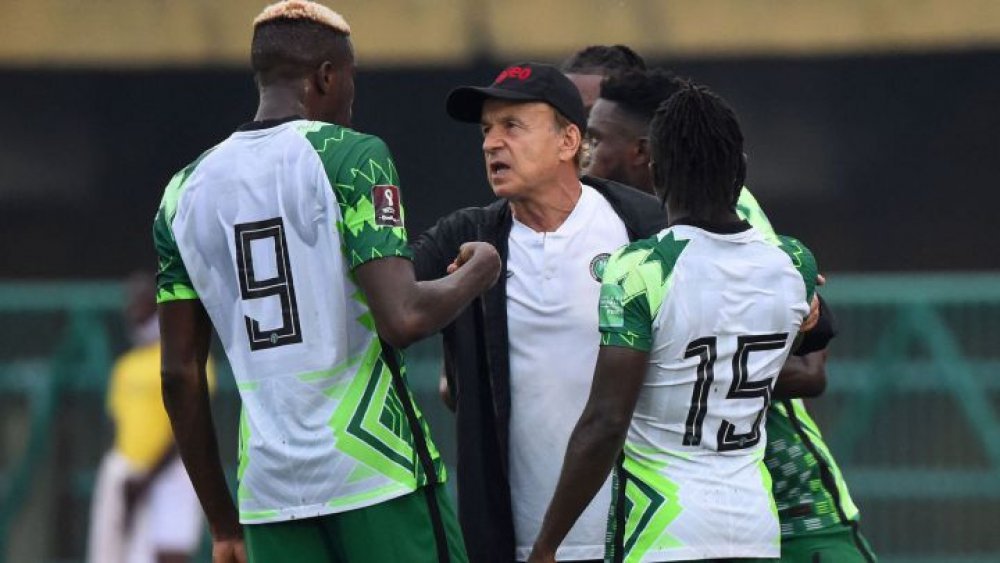 Ifeanyi Ubah, coach of FCT Abuja Municipal Area Council (AMAC) Under-15, expressed satisfaction with the Super Eagles performance and urged them to beat the Central African Republic (CAR) in their next match.

“I have no doubt that these players will once again make Nigeria proud in their next game against CAR,” he said.

He also pointed out that Super Eagles faced Cape Verde without any of the stars of the English Premier League (EPL).

Cape Verde is one of the countries on the UK’s “red list” of COVID-19, so players in the EPL were not allowed to travel to the CAR.

“Well, I’m optimistic that the Super Eagles will get the maximum point, but they have to be very careful in their next game against CAR,” he said.

The Eagles dominated but Cape Verde Dylan Tavares scored in the 19th minute. However, Gernot Rohr’s men tied the score 10 minutes later when Victor Osimhen scored the first goal of the game for Nigeria.

“With the 2-1 result in favor of Nigeria, the country has collected six points from two matches to occupy the top of Group C,” he said.

Ubah urged the tech squad to turn its attention to the CAR game as the Eagles’ opponents would fight for a win.