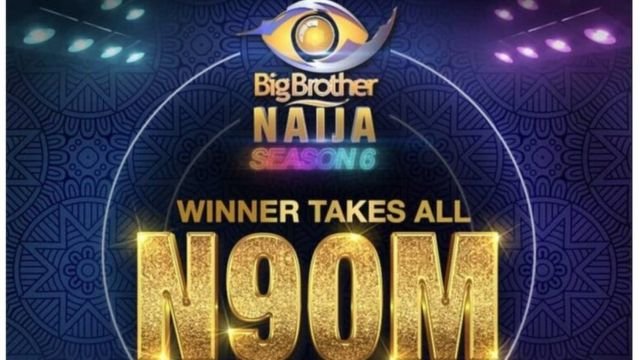 A new season of Africa’s biggest reality shows Big Brother Naija will premiere on Saturday and Sunday, with the organizers promising a bigger and better show than ever.

Like every season, Big Brother would introduce a lot of twists and surprises to the show this year.

From a double launch show to a redesigned home, the audience and roommates are sure to get something going this season.

The reality show surpassed previous seasons when MultiChoice Nigeria announced a top prize of N90 million – the highest in the show’s history.

While we’re counting on launching the weekend when host Ebuka Obi-Uchendu introduces the theme for the season, here are a few things to look forward to.

Season 6 kicks off with the biggest twist yet. The show can be seen for the first time on two evenings. The first part of the premiere will be broadcast on Saturday 24 June, the second part on Sunday 25 June 2021.

Big Brother has mastered the art of picking the most exciting mix of people, and this year is no different. MultiChoice, the show’s organizer, promises that the housemates this season will be more interesting than fans have ever seen on the show.

Biggie’s house will look very different from last year. Expect new decor, new spaces, and even a surprise never seen in other seasons. And just like last season, the house will be completely designed by local craftsmen.

Two new home currencies designed to be an integral part of the season’s gameplay:

Biggie drops the old currencies from previous seasons and introduces two never-before-used currencies during the show’s premiere on Saturday.

Showmax airs an exclusive 30-minute show twice a week called The Buzz, which gives viewers all the hidden promotions they might miss on other channels.

The special series will be a hosted magazine-style show that will be released twice a week – Tuesdays and Saturdays.

This year, all voting will be done on the Big Brother Naija website and mobile website, as well as the MyDStv and MyGOtv apps.

The fan competition, introduced last season, is also celebrating a comeback this season.

The Fave Lock-In Contest gives 30 BBNaija fans the chance to win N1m every time their roommate wins the show’s sixth season. Fans can win the candidate they believe will win between July 29 and August 2, 2021.

Also, for the first time, BBNaija fans in the UK will have 24/7 access to the live show via the African online streaming service Showmax.

The 10-week reality TV show follows the lives of strangers as they interact and compete to win the top prize.

November 30, 2021
I Found my Oyinbo: Whitemoney spreads out on the beautiful belly dancer in Dubai and says she follows him home