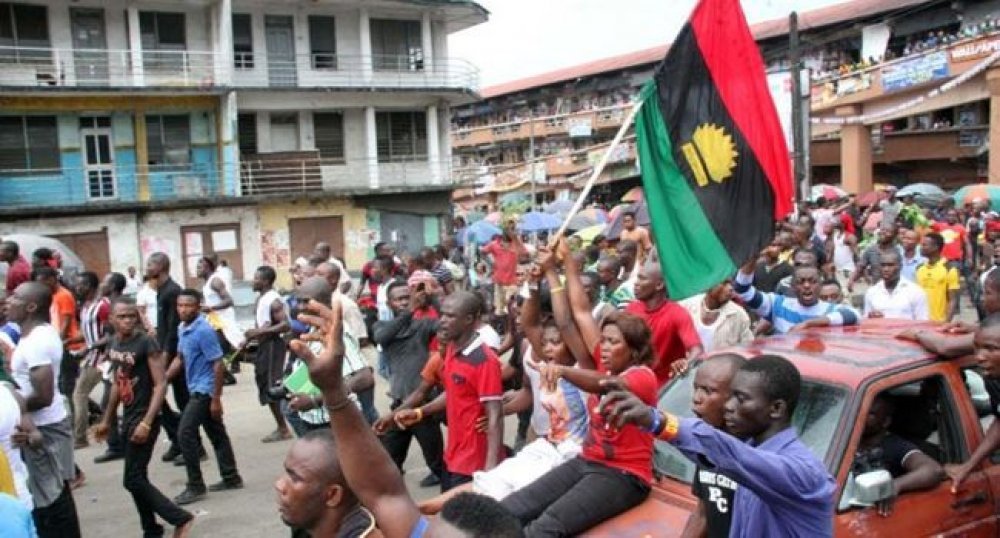 The Outlawed Indigenous People of Biafra (IPOB) said Wednesday that the incarcerated leader, Nnamdi Kanu, has ordered all verbal abuse against lawyer Ifeanyi Ejiofor to stop.

Ejiofor has been criticized by some IPOB proponents for its stance on the suspension of the sit-down order.

According to IPOB, it will “no longer take any act of insubordination from anyone or from any side lightly, regardless of one’s standing vis-à-vis our leader’s lawyers”.

“Some uninformed chaps and mischief have insulted, criticized and attacked Ifeanyi Ejiofor for agreeing to suspend Monday’s weekly sitting day. IPOB is also disappointed that despite our earlier explanation of the rationale behind our decision to suspend Monday’s home order, some guys still scorn our lead counsel and our leadership over the decisions.

“That is why we would like to advise all those who play devil’s advocate to stop in their own interest and no longer give our enemies room to mock us. IPOB is a well-structured and organized movement with also a clear hierarchical structure.

From now on, IPOB will not take any act of insubordination from anyone lightly, regardless of the status of our leader’s lawyers. They have taken no action contrary to the fight to justify the embarrassing and undeserved insults of some uninformed people.

See also  Shehu Sani  - What Is The Essence Of Linking SIM To NIN Since Bandits Are Calling Families Of Victims Without Being Identified?

“All decisions made so far have been in the interest of the struggle and in accordance with the direct directive of our leader, who is very impressed with the actions and solidarity that have been taken and carried out by the leadership so far since his incarceration.

“Ifeanyi Ejiofor remains IPOB’s lead counsel and our leader’s lead legal representative, and our leader has strong confidence in his ability and capacity. As a trusted counsel, he has not betrayed or misrepresented his clients IPOB and Onyendu Mazi Nnamdi Kanu.

“There is therefore no reason for anyone, especially IPOB family members, to answer Ejiofor’s sacrifices with insults. The facts in the public domain prove multiple attempts by the Nigerian security forces to take out Ejiofor at all costs, as they have failed to put him in harm’s way.

“Instead of appreciating him for defending our leader at the risk of his own life, some sinister creators are trying to accuse him of sabotage. Not only is this ridiculous, but stupidity goes too far.

“We also want to make it clear that in IPOB we have nothing or no one known as autopilot. Anyone who bears such a title is not an IPOB and is breaking our rules. Anyone who claims to be like that should immediately back off before being ashamed.”

IPOB advocates for the sovereignty of Eastern Nigeria.