Adejumo Okusaga, sister of Big Brother Naija ‘Shine Ya Eye’ housemate, saga, has criticized the production team for the latest prank played with the housemates.

Big Brother had ordered Nini to prank the housemates by disappearing through an emergency exit in the playroom.

Since Nini did the job, the housemates have wondered and speculated whether it was a joke or an emergency.

The roommate most affected was Saga, because of the closeness with which he shares What. He has been moody, crying and confused since he noticed Nini was gone.

In response, Saga’s sister took to her Instastory to accuse Big Brother of toying with the roommates’ mental health for sports and entertainment purposes.

Citing the situation of Kayvee having to leave the show due to mental health reasons, she said she didn’t expect Big Brother to be insensitive.

Adejumo wrote: “This actually made me very sad. Given the Kayvee situation, I never expected @bigbronaija to be so insensitive. People are right to be concerned. You are playing with people’s mental health for entertainment and sports. Wow!” 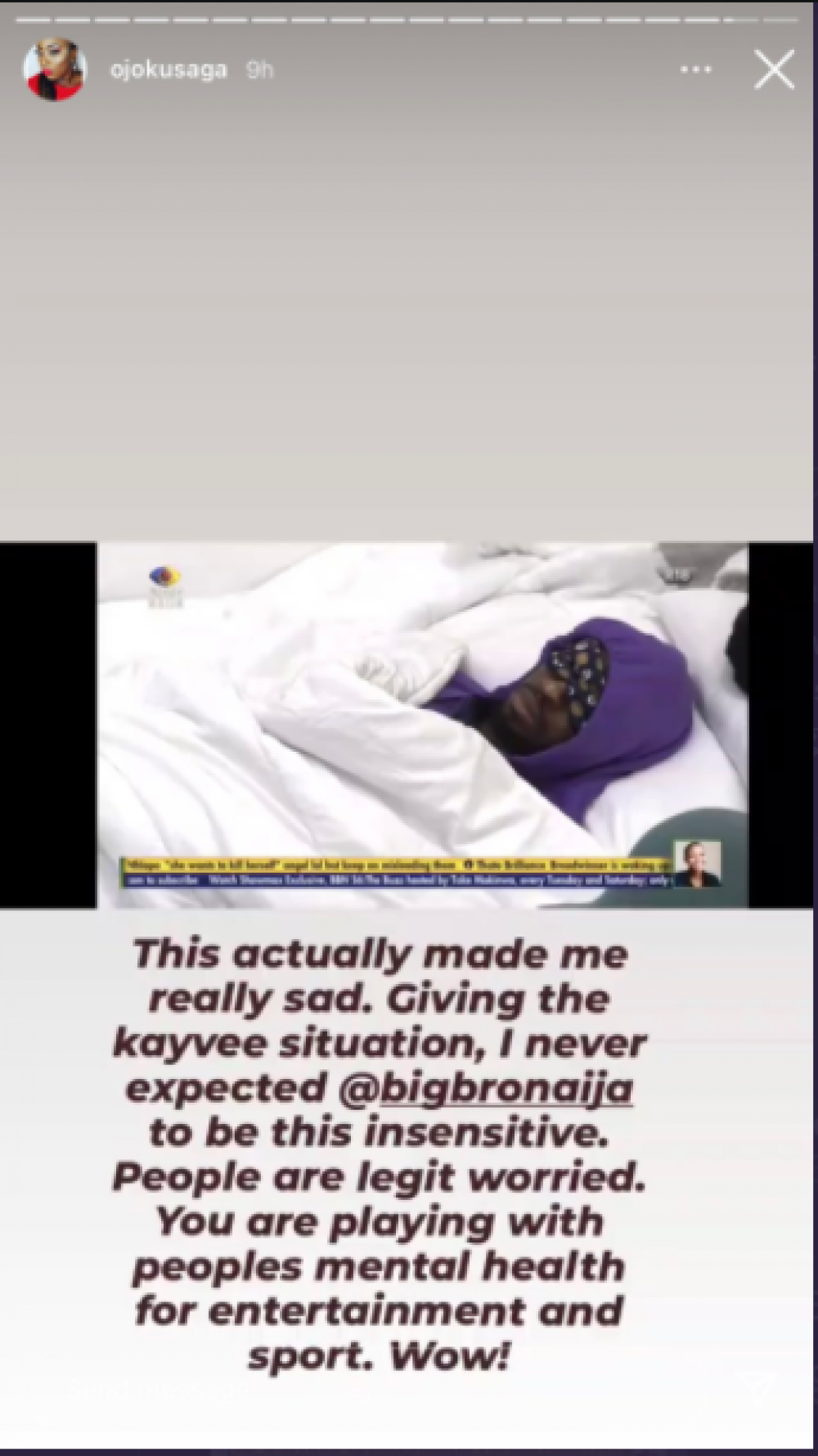