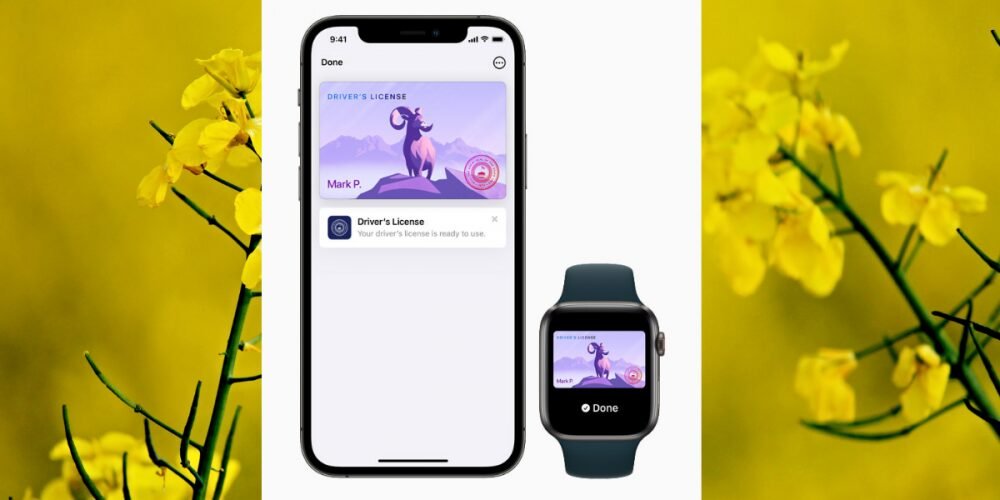 Apple announced on Wednesday that it was a new function that allows users to seamlessly and securely add their driver’s license or state ID to Wallet on their iPhone and Apple Watch.

Arizona and Georgia will be the first states to introduce this new innovation to their residents, followed by Connecticut, Iowa, Kentucky, Maryland, Oklahoma and Utah.

Apple said the update is a critical step in Apple’s plan to replace physical wallets and bring greater convenience to travelers seeking a contactless airport experience.

Vice president of Apple Pay and Apple Wallet, Jennifer Bailey, said adding IDs to the Wallet app works the same way as uploading credit and transit passes. Once users scan the ID, they are also prompted to perform facial and head movements as an added security measure.

“The addition of driver licenses and state IDs to Apple Wallet is an important step in our vision to replace the physical wallet with a secure and easy-to-use mobile wallet,”

“We’re excited that the TSA and so many states are already on board with bringing this to life for travelers across the country using only their iPhone and Apple Watch, and we’re already in talks with many more states as we work on this nationwide in the future.”

Apple said the ID can only be viewed by the owner and the data is “encrypted and protected from tampering and theft”. Users must approve a note from TSA using Face ID or Touch ID after tapping their mobile ID on the identity reader at airports.

Currently, Apple mobile student IDs that allows people to access campus buildings and make purchases without a physical card, a feature that was expanded to additional universities in the US and Canada this summer.

TSA Administrator, David Pekoske, said that “this new and innovative mobile license and state ID initiative with Apple and states across the country will enable more seamless airport security checks for travelers.”

“This initiative marks a significant milestone for TSA to bring an additional level of convenience to the traveler by expanding the capabilities of TSA contactless security screening at airports.”