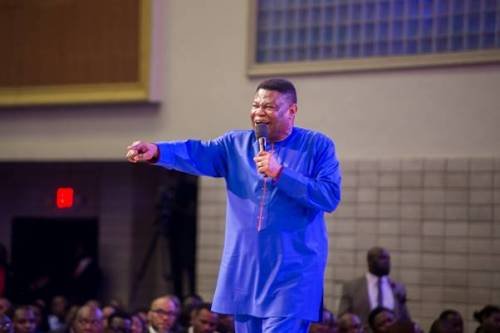 Mike Okonkwo, the presiding bishop of The Redeemed Evangelical Mission (TREM), has said the Southeast should not spawn a presidency out of pity.

He pointed out that the South East should not allow itself to produce a president so that they can be satisfied.

Speaking to journalists in Lagos, the founder of TREM emphasized that a presidency drafted under such a condition would not succeed.

According to Okonkwo: “As far as I know, the Easterners ask nothing but live and let live.

“They don’t say ‘give us everything’. For me, to be honest, I don’t agree with an Easterner who says ‘it’s time for us to be president’.

“So you have to beg to be president? When it comes to making your president so you can be happy, that’s stupidity; I do not want that. You are a Nigerian; you have an equal right to everything that any other person in Nigeria.

‘So it’s not a matter of being satisfied. I don’t even want an oriental in this situation to become president, because he will fail. Do you know why? You can never succeed with the current system. That is why we have to look at the system.”

His comment comes as people in the Southeast have been agitating for the presidency before 2023.

However, northerners have insisted that the north has four years left before the end of President Muhammadu Buhari’s second term in office.

Arewa Youth Consultative Forum, AYCF, had said the southern part of the country had ruled Nigeria for 14 years, while the north would have ruled for ten years at the end of Buhari’s second term in office.