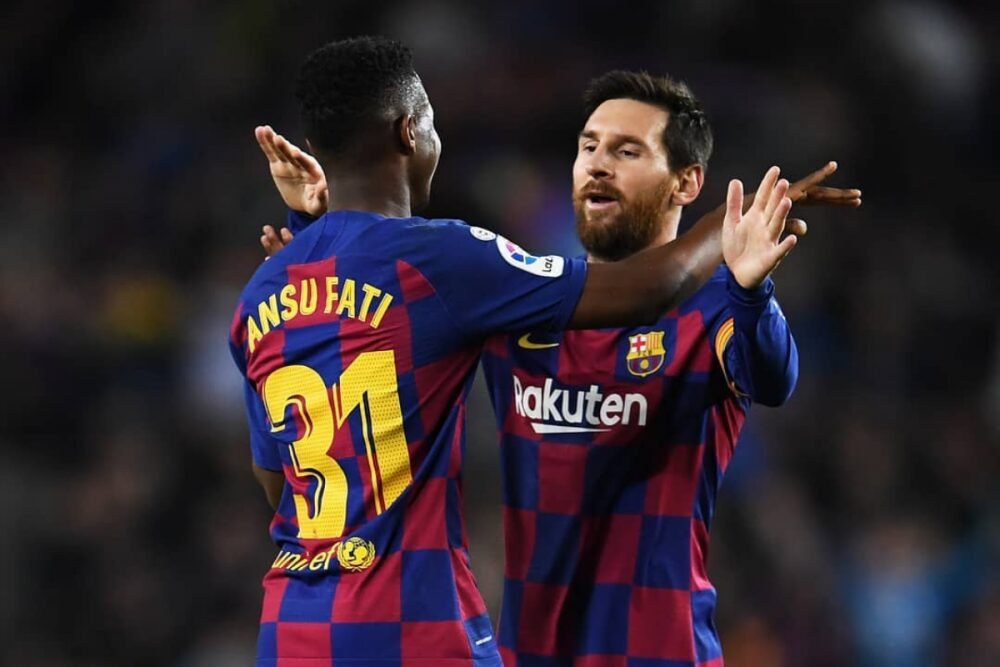 Barcelona have handed Lionel Messi No. 10 Jersey to Spaniard Ansu Fati after the Argentinian’s departure left the legendary number unoccupied.

Fati, who has been tipped as Messi’s lookalike based on his growth projection, now has an even bigger role to play by stepping into the shoes of the six-time Balon d’Or winner.

The 18-year-old winger has been out of the running for nearly 8 months after being sidelined last season due to injury.

He has yet to play this season, but could return soon given his new role and more room in the team with the return of Antonio Griezmann to Athletics de Madrid.

Fati will play the attacking role together with Memphis Depay, Luuk De Jong or Ousmane Dembele, Coutinh and Martin Braithwaite.

It remains to be seen whether Ansu Fati will be a good replacement for Messi, just as Messi replaces Ronaldinho at the club.