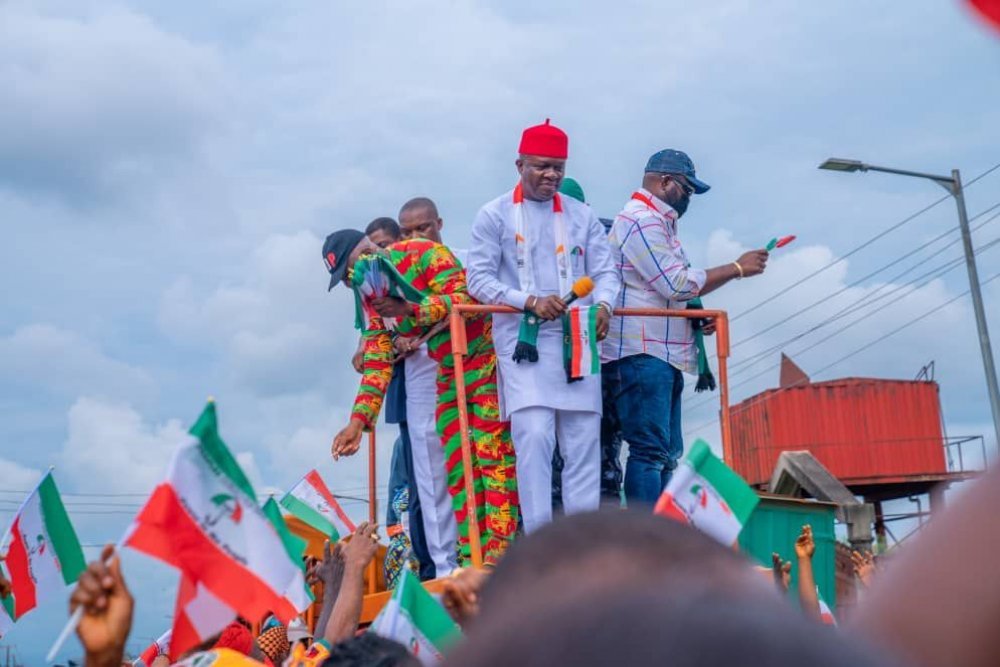 Valentine Ozigbo, the People’s Democratic Party (PDP) candidate in the Anambra governorship election on Nov. 6, has described his candidacy as divine after being re-listed by INEC.

Ozigbo spoke while addressing party believers in Awka on his return from Abuja.

Ozigbo had suffered a setback when INEC’s list of candidates released on July 16 did not include his name, as his rival, Ugochukwu Uba, also claimed to be the party’s candidate.

Ozigbo returned from Abuja where the Court of Appeal ordered INEC to include him as the PDP candidate.

Ozigbo, who was received by a crowd along with his running mate Ms Azuka Enemo, described the appeals court ruling confirming him as the legitimate PDP candidate as the beginning of a new era in Anambra.

“We had several victories and the National Assembly Caucus of the PDP came together to pledge unanimous support for this project.

“Secondly, the entirety of the PDP governors announced that they strongly support this cause and would provide all necessary resources to ensure that we win this election.

“In addition, INEC has published our name as the PDP candidate for the election after a period of uncertainty,” Ozigbo said to loud cheers from the crowd.

He said the campaign could now begin in earnest, noting that the priority right now was to mobilize and convince people to vote for PDP and its candidate.

“This is a divine mandate and with your support we will emerge victorious in November,” Ozigbo said.

He praised his party and its leadership, including the governors for inaugurating a 179-member National Campaign Board to conduct the elections.

According to him, “The PDP governors are members of the council and it is our election to win, and by God’s grace we will march to Government House. It’s time we showed Ndi Anambra the way.

He said he had first-hand experience of the decay of infrastructure in Anambra, with the appalling condition of the roads.

“There is nothing to be proud of in Anambra. Roads are bad, health care is non-existent, education is dying, security is at an all-time low, add this to the state’s debt profile and you’ll agree Anambra needs a total overhaul.

“If we don’t start now, we may never get it right. Our freedom must begin now. November 6 is our rendezvous with history and we are ready to march to victory,” Ozigbo said.