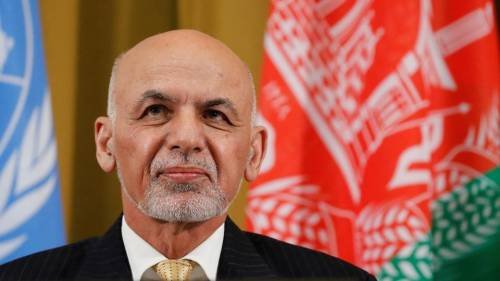 Afghanistan’s embattled President Ashraf Ghani has left the country along with his fellow citizens and foreigners in a stampede fleeing the advancing Taliban, marking the end of a 20-year Western experiment to recreate Afghanistan.

This was confirmed by Abdullah Abdullah, the head of the Afghan National Reconciliation Council, in an online video on Sunday.

He said: “The former president of Afghanistan has left Afghanistan and left the country in this difficult situation. God should hold him accountable.”

The Associated Press news agency reports that Ghani has flown out of the country. However, an Al Jazeera report revealed that the president may have left for Tajikistan.

Abdullah said he wants security forces to continue to secure Kabul and asked the Taliban to await talks before entering the city.

But the Taliban, who had been sitting on the outskirts of Kabul for hours, announced shortly afterwards that they would move on to a city that had been in panic all day as helicopters raced overhead to evacuate US embassy personnel. Several other western missions also prepared to withdraw their people.

Citizens fearing the Taliban could impose a ruthless rule rushed to leave the country as well, queuing at ATMs to withdraw their savings.

The desperate poor — who had left their homes in the countryside for the hoped-for safety in the capital — remained in the city’s parks and clearings by the thousands.

On a staggering route, the Taliban have taken 26 of Afghanistan’s 34 provincial capitals since Aug. 6, despite the billions of dollars the US and NATO have spent over nearly 20 years building Afghan security forces.